Liberia – Dedication of the Church of the Holy Innocents 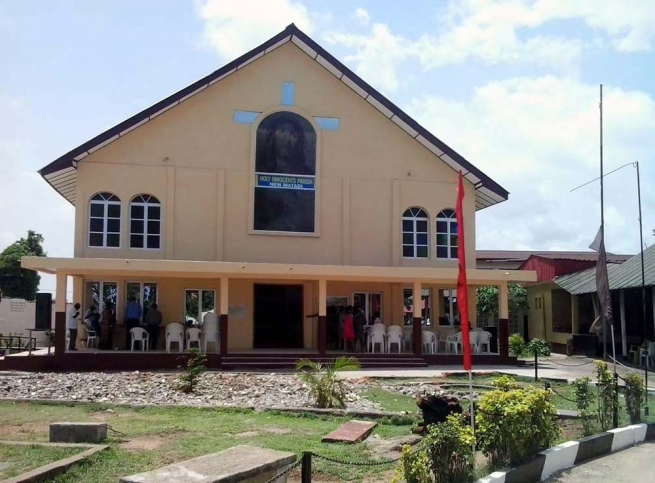 (ANS - Monrovia) - On Saturday, 6 May, the day when the Salesian Family remembers St Dominic Savio, approximately 1500 Catholics of the Parish of the Holy Innocents in Monrovia participated in the re-dedication of their parish church. The parish is in the care of the Salesians.

The faithful of the Church in Liberia are increasingly aware of their dignity as a people called to a holy priesthood, chosen and destined to offer a spiritual sacrifice pleasing to God (cf. 1 Pt 2, 4ff), to be a royal race which comes together to grow and to serve. It is no coincidence that the Liberian Bishops' Conference concluded its 2017 Plenary Assembly on the theme: "The role of lay people in the Church and society in the light of John Paul II’s Christifideles Laici".
The dedication of the Church is an example. The previous construction was completed in 1997 and was dedicated by the former Archbishop of Monrovia, Archbishop Michael K. Francis, but already in 2003 they began to think of having a larger space for the faithful. It was with the appointment of Fr Raphael Ariboman, a young Salesian ordained priest in 2013, that it was possible to realize the proposal. Everyone recognizes his ability to motivate, and his determination and commitment to have the project completed successfully in less than a year and a half. In addition, parish offices were built and chapel a for adoration These were needed.
The parish community began as a small prayer group in 1991 when the Salesians were given a small portion of land in the New Matadi Sinkor neighbourhood of Monrovia. Initially it was a pastoral centre of St Joseph’s Parish. The title "Holy Innocents" was proposed in memory of the many children who died or endured the consequences of the Civil War in Liberia.
Thanks to the good work of the Salesians who served there, the pastoral centre officially became a parish in 2000. Among the great successes of the parish there is certainly the foundation in 2003 of an elementary, middle and upper school named after Mary Help of Christians.