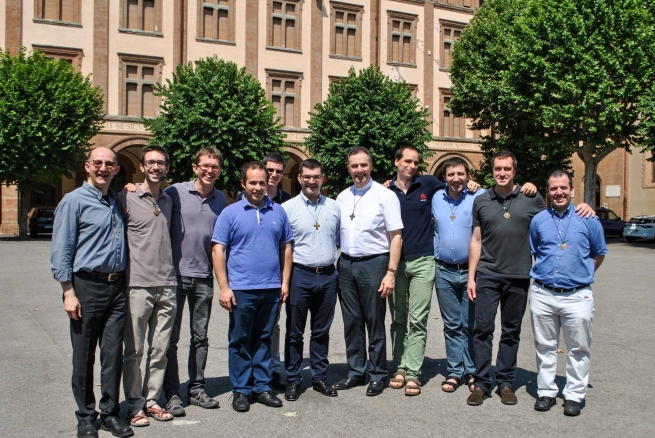 (ANS - Bologna) In the morning of June 1, the Rector Major began an extraordinary four-day visit to the Lombardo-Emiliana Province.  Young people of the Salesian Institute of the city, guests of the "Community of Unaccompanied Minors" of Castel De 'Britti and numerous Salesian confreres were present at Bologna Central Station, to welcome Don Ángel.

The Rector Major visited Castel De 'Britti where he met the vocational training students from 22 different countries around the world. "I like this house to be another Valdocco" said the Rector Major at the end of his talk.

Later the Rector Major had interactions with the members of the Provincial Council.

In the evening, Don Angel shared moments of fraternity with the Salesians of the Lombardo-Emiliana communities in the Salesian house at Bologna BVSL.

On June 2, Don Ángel spent the morning hours meeting the young confreres and the priests ordained since five years. In the general intervention, the Rector Major pointed out some of the areas in which to concentrate upon during the formation stage, such as the care of consecrated and fraternal life, the rejection of any form of clericalism and power seeking. He spoke of the prevalence of positive Salesian testimonies despite the many concrete challenges.

After the conference Rector Major presided over the Holy Eucharist with the confreres.