Great Britain – Fr. George Williams leaves us at the age of 101. 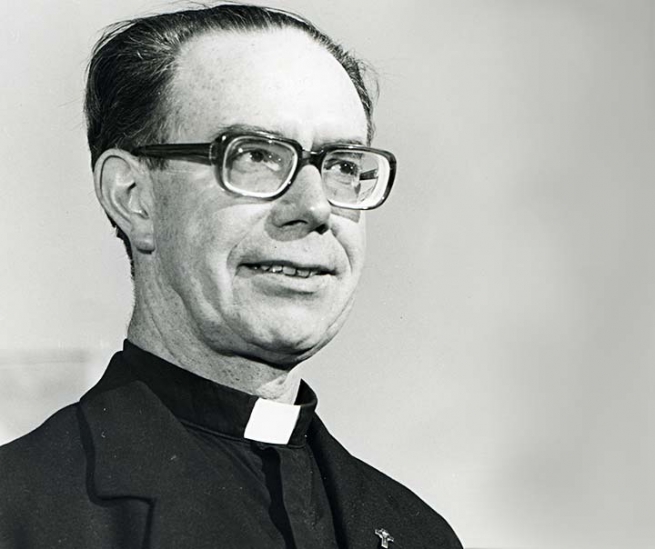 (ANS – Manchester) – Fr. George Cuthbert Williams, the former English Speaking Region Councilor, passed away on June 6, 2017, at the age of 101 years. He was born in Wallasey, on May 26, 1916, as the only child of George Frederick and Teresa Williams. After secondary school studies, he attended Liverpool University where he read Chemistry, and was later awarded a Ph.D. He was an Associate of the Royal Institute of Chemistry. In 1940, he was appointed to the Ministry of Supply, a UK governmental office where, as an Experimental Officer, he was involved as a research chemist working on wartime firearms, ammunition and explosives. In 1946, he was admitted to the Salesian novitiate in Beckford and made his First Profession in 1947.

He studied Theology at Crocetta, Turin and was ordained to the priesthood in 1954. All reports speak of him as a man generously self-sacrificing in his work, pious and conscientious. In the GBR Province, Fr Williams was a Teacher, Prefect of Studies and Rector at Shrigley, Rector at Cowley, Oxford and a member of the Provincial Council. He was appointed Provincial in 1964. In 1970 he was appointed Rector of the Don Bosco Community at the UPS, Rome.

From 1971 to 1983, Fr Williams served as the General Councillor for the English Speaking Region, which also included many of the present EAO countries . He remained at the General House, Rome, until 2002 where he assisted in the work of translation from Italian to English of many important Salesian documents including the SDB Constitutions (ed. 1984).

He returned to the GBR Province to live in retirement at Stockport and Bolton, St Joseph’s. He celebrated his 101st birthday with his Salesian confreres with joy, an accolade which established him as the oldest member ever to have lived in the history of the GBR Province! After a short illness, he died in hospital in Manchester.

“Fr Williams was very strong in his devotion to Mary Help of Christians and to Don Bosco. He found great comfort and strength in visiting Jesus in the Blessed Sacrament and in the daily celebration of the Eucharist. To the loving mercy of God, we commend the repose of his soul,” says Fr. Kieran Anderson, SDB, Provincial secretary of the Province of Great Britain.