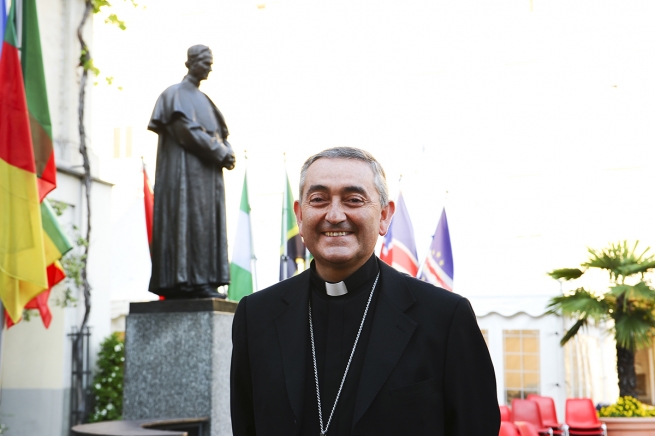 (ANS - Arica) - There is a long-standing conflict in Chile involving the indigenous people of Mapuche. "The Mapuches are a people who are profoundly rooted to their own land, and in recent years they have been in the news for several unpleasant events," wrote D. Ancalao. One of the conflict's hot issues to be discussed is the idea of ​negotiating spaces of "plurality" and "mapuche autonomy". In this regard, the Church of Chile has sought to find a path through dialogue and Msgr. Héctor Vargas, Salesian, Bishop of Temuco, is one of the guarantors of the process.

At a roundtable discussion held on 9 June in Arica, northern Chile, Msgr. Vargas, told of his experience as a member of the Dialogue Committee for the Mapuche Case: "They were six months of continuous harassment, with heavy criticism from all sides. As soon as I was appointed a member of the Commission, the reactions were terrible. I have never seen so many lies, such slander and gratuitous denigration."

Work of the Araucania Advisory Committee began on July 8, 2016 and was continued until January 23, 2017 when the final report was delivered to President Michelle Bachelet; almost six months of work by the 22 representatives from various sectors of the area during which, according to Msgr Vargas, there was no lack of difficulty, but also several curious episodes.

"When we met the first time, we were 22 strangers, where one half looked across to the other half with suspicion," said Msgr. Vargas. “Everyone was looking to make the best deal and, in principle, everyone defended their own industry. It was then that I suggested not to vote on the proposals. If only one of us disagreed, the proposal would not be accepted. In the end, we agreed on 70 proposals."

To conclude, the Salesian prelate said: "According to the latest census, there are more than 200,000 Mapuche living in the Ninth Region. The Mapuche people, and I'm not talking about extremist groups that are indeed very few in number, remain extremely calm. Of 3,500 communities, there are no more than 40 people involved in violence. Despite the 18 churches burned, I deeply believe that, apart from extremist and violent groups, there is a significant debt with this people."

At the end of June, the "Araucanía Law" should be ready. The text, drawn up following the conclusions of the Advisory Committee, has generated criticism even before reaching Parliament; in point, the communities accuse the authorities of their not having been consulted during the law's drafting.