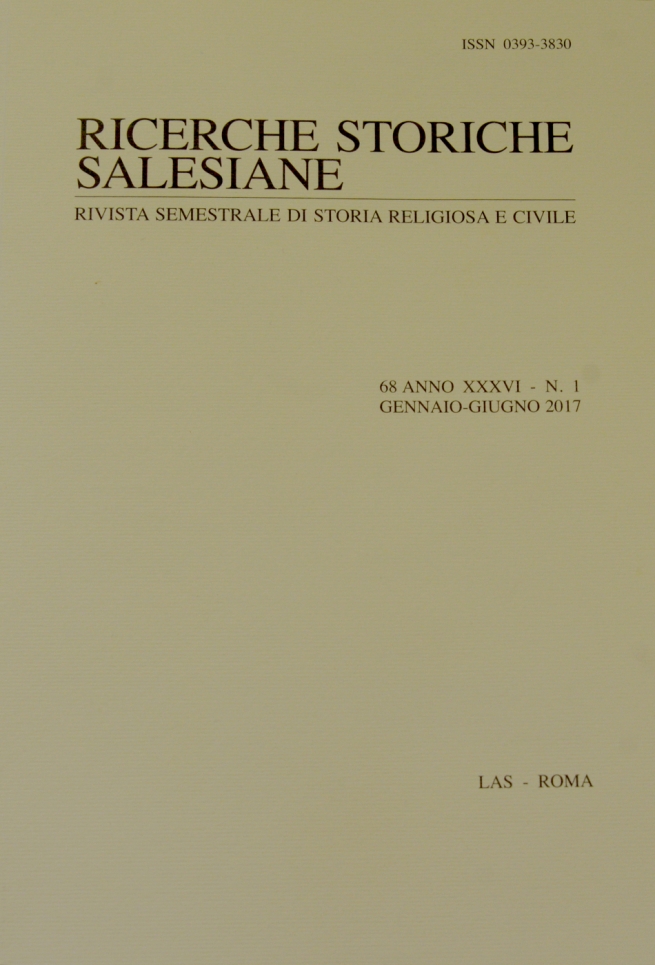 In the introduction, Fr Francesco Motto, SDB, the author of Giuseppe Fagnano: da Borghetto Tanaro a Punta Arenas, 1844-1887 (Giuseppe Fagnano: from Borghetto Tanaro to Punta Arenas- 1844-1887) writes that Msgr. Fagnano's apostolic acts of the 19th and 20th centuries in Southern Patagonia and Tierra del Fuego find their distant premises in the youthful enthusiasm while in Italy, in his preliminary closeness to the foundation of the college in San Nicolás de los Arroyos, Argentina, and in his missionary experimentation on the Río Negro and North-Central Patagonia.

The following essays can be found in the STUDI section:


Monseñor Fagnano en la Argentina Austral, (Monsignor Fagnano in Southern Argentina), by María Andrea Nicoletti. The scholar presents the historical development of the various mission proposals organized by the Apostolic Prefect, Msgr. Fagnano, the flying missions among the Tehuelches people in the vast territory of Santa Cruz, and those among the Protestants of the Malvinas Islands and the Salesian reducciones, which constituted a complex model of missionary organization.


La travesía de monseñor Fagnano y su hermanos al espacio misional de Isla Dawson (The journey of Monsignor Fagnano and his brothers to the missions of Dawson Island) is the research paper by María Carolina Odone Correa. The author outlines, above all, the steps that preceded the Salesians in Chile before Mgr. Fagnano's landing at Punta Arenas in 1887, then the encounter with the indigenous alacalufes, the project of bringing together the indios in Dawson Island ...

The article  L’esperienza unica di reducción nell’isola Dawson – Cile (The unique experience of reducción on Dawson Isle - Chile) is by Nicola Bottiglieri. The author states that the arrival of Msgr. Fagnano at Punta Arenas in the Strait of Magellan has a very positive impact on the city's social life, despite giving rise to conflict on several occasions, later repeated in the course of the 20th century, between education to work against nomadism.

In the FONTI (Sources) section, the following texts are presented:

The "topoi" narrative, which examines the writings sent by Fr (Mons.) Fagnano to the "Salesian Bulletin" from Patagonia and Tierra del Fuego.