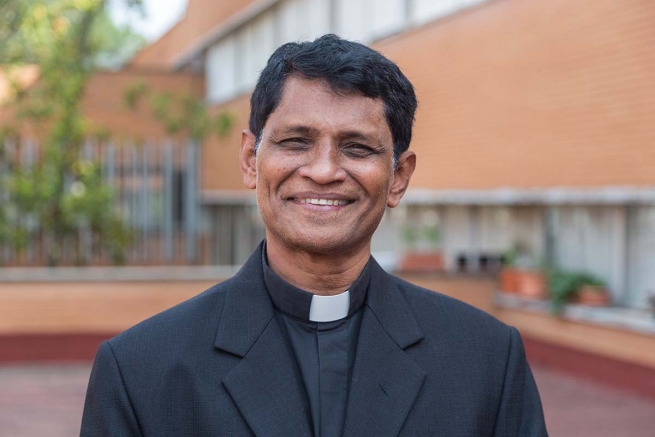 (ANS - Rome) – Fr Thomas Pallithanam, Indian Salesian of the Hyderabad Province, shall be the next representative of the Rector Major and the General Council at the United Nations (UN). He will be under the responsibility and accompaniment of the Councilor for Youth Pastoral in collaboration with the General Council for Missions and with the Economer General.

Nominated by the Rector Major of the Salesians, Fr Ángel Fernández Artime, Fr Pallithanam, 67, has been advocacating and lobbying at the national and international level in favor of the youngest and the most needy for over 30 years. He will be succeeding Fr Thomas Brennan, who represents the Salesians at the United Nations Economic and Social Council (ECOSOC) since the Salesians' being granted official Consultive status in 2007.

Originally from Kottayam, Kerala, India, where he was born on January 11, 1950, Fr Pallithanam is currently National Coordinator of "Wada Na Todo Abhiyan", a large federation of Indian non-governmental organizations (NGOs) engaged in monitoring the activities of the federal and state governments, and promoting dialogue between civil society and public authorities; he is also Indian representative of the Global Call to Action Against Poverty, a worldwide alliance between numerous platforms and organizations for combating poverty.

In his long resumé of activities and representation, Fr Pallithanam has held many other positions: director of the People's Action for Rural Awakening, an NGO dedicated to defending Dalit's rights (the Untoucables), through which he promoted the organization of roughly one thousand Clubs of Human Rights in 525 Indian schools, mostly state-run; spokesperson of the Child Care Committee of the East Godavari District; Coordinator of Andhra Pradesh Social Observatory; Coordinator of the "Dalit Bahujan" Resource Center, which supports the activities of 120 Dalit activists ...

Countless, too, the events and campaigns organized by Fr Pallithanam for the promotion of society's poorest and neediest via raising awareness of their human rights, participating in conferences, congresses and international initiatives as well as the curating of reports and scientific publications on the same themes.

Besides his great service in social organizations, and as lecturer and essayist, Fr Pallithanam, on assignment starting September 2017, has also always occupied himself in the field with day-to-day work: in the last 26 years his fixed residence has been a small missionary station in Ravulapalem, in the State of Andhra Pradesh.

He will also be in connection with the Salesian Procuratorate of New Rochelle.

The ECOSOC, with which Fr Pallithanam will interact, is a consultative and coordinating body of the United Nations for Economic and Social Activities, and the various organizations associated with them. Among its tasks are the programming of economic development and technical and financial assistance to the less developed countries as well as the promotion of studies or reports on economic, social, cultural, educational and health issues.