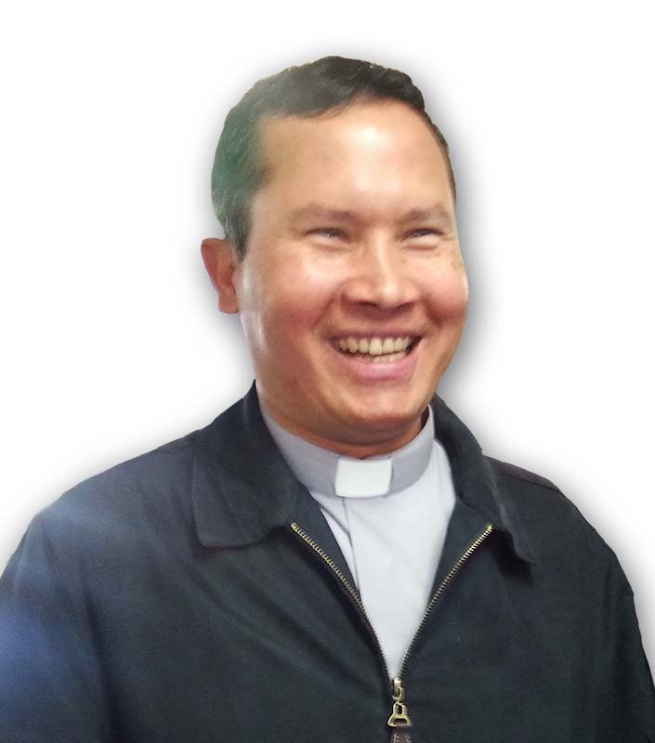 Fr William was born in Mandalay (Myanmar) on June 3, 1971, and grew up at St Joseph's Salesian parish. In 1991 he joined the Nazareth Aspirantate in Anisakan straight after secondary education. His family migrated to Australia in 1994 for a better future for the whole family, and to be closer to other relatives who'd been in Australia many years; this happened in the middle of his Novitiate in Myanmar.

In 1995, William re-joined the Salesians in Melbourne, Australia, and made his first profession in Lysterfield (Australia) on January 31, 1997, and the perpetual profession on November 29, 2003, in Ferntree Gully (Melbourne, Australia). After the postnovitiate in Melbourne (Lysterfield, Oakleigh) he did his practical training in Gawler and Ferntree Gully, and finished his theology studies in Melbourne's Catholic Theology Center in 2004.

At the provincial level, Fr. William has for the past 9 years been Delegate for Social Communications, but since 1999 he had already been involved in the Salesian Bulletin and with many provincial websites until the present one: https://salesians.org.au.

During past three years he has also taken on the responsibility of Vocations Animator, and within the multicultural and multi-religious society of Australia, he is also involved with Burmese refugees and the migrant ministry on a regular basis within the limits of his primary duties – in Adelaide (South Australia), Wagga Wagga (New South Wales) in Auckland and Wellington (New Zealand).

As per tradition, the new Provincial will officially commence his mandate on 1 January, 2018.