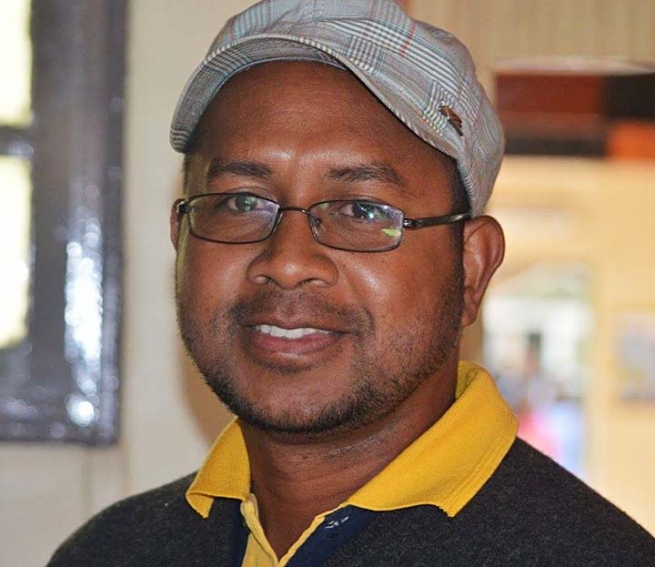 (ANS - Victorica) - Salesian Mission Day 2017 is centered on the First Announcement of the Gospel among America's indigenous peoples. It offers, therefore, a good opportunity to learn more about the longest missionary experience of the Salesian Congregation, which was initiated in Patagonia by Msgr. Cagliero. Among the missionaries present today in the American continent, between Patagonia and the Argentinean Pampas, is Fr Natalino Venancio Freitas de Jesus, originally from East Timor.

The testimonies of the Salesian missionaries in East Timor are at the root of my missionary vocation. I then reflected on the missionary life, and after a period of discernment and dialogue with the Provincial, I expressed my will to be a missionary in a letter sent to the Rector Major, and was assigned to Argentina. In September 2008 I received the Missionary Cross in Turin, and arrived in Patagonia a month later. I learned the language, the culture and gained my first experience among the parish youth. It was a very beautiful experience of fraternity and apostolic life, especially with the Indians of Patagonia, Gangan Plateau, Trelew.

I now live in the Western Pampas Region - Victorica (Argentina). During the week, I work at the boarding house of the San Juan Bosco Institute, which hosts 640 students of all ages. Many of them are vulnerable because of the socio-economic reality and the complex family affairs existing among the population. In the afternoon, however, I work in the daytime center with vulnerable and helpless boys and girls at "Inaun Don Bosco." We provide school tutoring, craft workshops and a snack. These realities invite me to think again about situation of young people, particularly about their abandonment. (...)

During weekends, together with the other Salesians and Daughters of Mary Help of Christians (FMA), we share moments of celebration, organize catechetical meetings, visits to rural areas, visits to homes, meetings with teenagers on Saturday nights, radio programs ...

Working with indigenous peoples, especially the Mapuche, remains a fundamental option for our Province, Argentina South (ARS), and it means announcing the Good Word, denouncing what offends the dignity of the Mapuche people and their land, defending the territory, being close to the people, fostering respect and appreciation of the culture and self-determination of peoples, and seeking, together with the community, alternative options for a dignified life.

I am happy to be a missionary in the land dreamed of by Don Bosco!