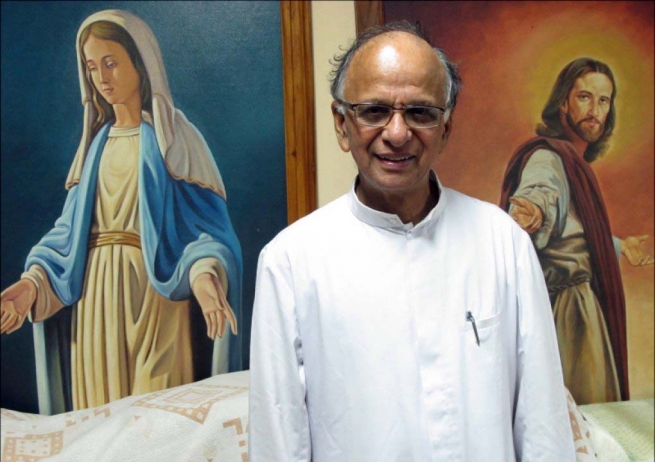 (ANS – Guwahati) – An inter-denominational Christian organization in northeast India has welcomed an ecumenical prayer initiative launched by Mgr Thomas Menamparampil, retired Archbishop of Guwahati, known for his relentless efforts for peace in the restive region.

Mgr Thomas Menamparampil has proposed a "special ecumenical prayer for peace and harmony among communities” at the start of each month, starting in August, by all Churches and friends, following an act of vandalism in the Catholic cathedral of Bongaigaon.

The initiative to calm tension in northeastern India, one of the most restless regions of the country, has been enthusiastically welcomed by the United Christian Forum North East India (UCFNEI), a grouping of Christian, Catholic, Presbyterian and Baptist organizations.

Archbishop Menamparampil said that from August, the prayer that he composed would be recited throughout the region.

According to the Salesian archbishop "all these initiatives at local level, such as training programmes, encounters, prayers, respond timely to the painful Bongaigaon episode." Unknown vandals on 20 June broke open the tabernacle of the Light of the World Cathedral that contained the sacred hosts as well as the prayer intention box. From evidence, Church authorities gather it was a case of theft.

The UCFNEI has issued a statement welcoming the proposal of Archbishop Menamparampil, a key figure in the process of pacification among ethnic groups in India.

The statement launched "a passionate appeal to all Christian individuals, congregations, groups of friends, institutions and schools, churches and organizations to offer a prayer on the first day of each month of the year, with effect from August 2017, for peace and harmony in our society and in our country.”

“What matters to the Christians of the region,” the leaders said, is to "assist the situation of instability, atrocities of various proportions, religious intolerance and violence in the name of religion, ethnic and sectarian sentiments, and all the undesirable that has recently taken place."

The invitation to everyone is "to stand for a few minutes of prayer, at work, at school, in church, both with organized programs and individually, according to what everyone finds most convenient," the forum said.