Madagascar - Food and education for 140 children at the Salesian Orphanage 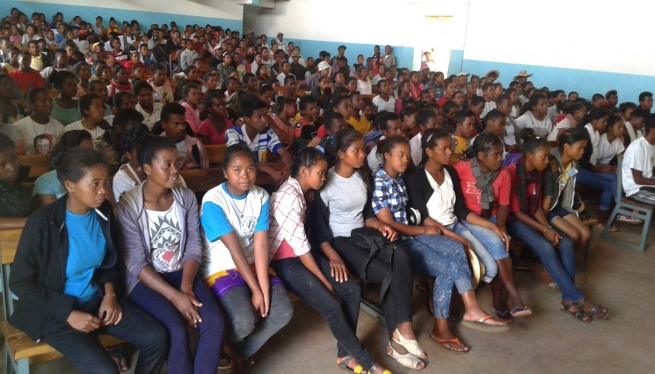 (ANS - Clairvaux) - The Salesians arrived in Madagascar in 1981 and settled in the most remote and most populous areas of the country, a place where it is possibile to meet marginalized youth and families facing difficulties. Engaged in education, the Salesians work with children who, in most cases, come from families with a single parent: either because they are orphans, or because one of their parents has abandoned them.

Along with the evangelizing mission, the Salesians of Madagascar also devote their efforts to a home for children and young people who are disadvantaged and socially problematic, to form them as good Christians and honest citizens.

The center is Our Lady of Clairvaux, located 15 km from the town of Antananarivo, in the area of Ivato Airport. It is a center created for young people in difficulty, a place where they can find a new family and start to build a better future.

Children and teens live there as in a boarding school, and then study at the Vocational Training Center which offers them the first steps to obtaining their Primary School Certificate. Other children living nearby also join them, on a semi-permament or part-time basis.

In total, the Salesians serve about 140 internal students and 150 other minors who study in the vocational school to learn a trade. In addition, the school has an oratory that welcomes about 230 boys and girls.

To these children, the Salesians guarantee nutrition and health care for all 9 months of the school year. Along with education, the children also receive, free of charge, breakfast, lunch and dinner at the Don Bosco Center.

Madagascar is one of the poorest countries in the world, where most people live below the poverty line and the recorded illiteracy rate is above 30%. As journalist J.C. Maple reports, it is "a people who live in a natural paradise, but also in an economic inferno."

Salesians believe that access to education and good nutrition is the first step to take so that the poorest may have opportunities for a future, and that is why they work so hard.