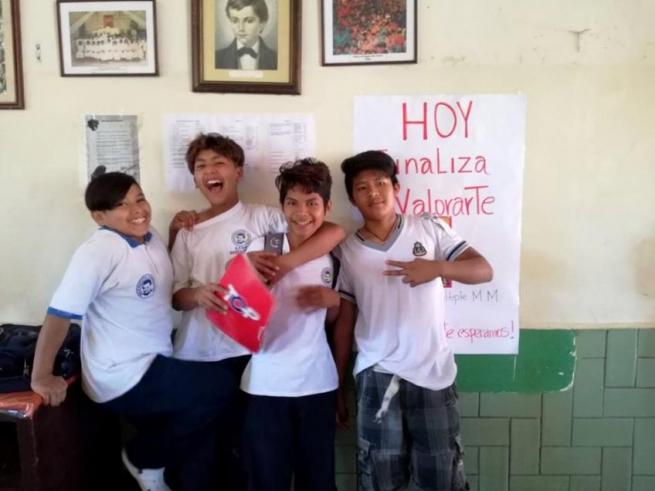 (ANS - Santa Cruz) - "The Don Bosco Project is a dynamic set of programs that constitute a harmonious environment where children and young people from the streets and socially at risk are welcomed under a system whose mission is to provide integral formation," said Fr Pio Octavio Sabbadin, SDB, head of the Don Bosco Project, who this year has proposed a new educational initiative - the cineforum "ValorArte" - to a group of children and teenagers.

The "Don Bosco Project" serves and protects the fundamental rights of the minors participating, children who feel welcomed and appreciated in the Salesian spirit and help them overcome the difficulties they have experienced.

Since 2010, through the International Voluntary Service for Development (VIS), the Don Bosco Project offers internships to students enrolled in International Development Cooperation; and in 2017, after careful analyses, Eydith Barrios, a young Colombian researcher and graduate of Communication Sciences, presented an educational-pedagogic initiative to be implemented at the "Hogar Don Bosco" house with the purpose of "accompanying children and adolescents  hosted there in overcoming the negative circumstances that marked them."

For this reason, it was decided to use the cineforum as a tool with the theme "ValorArte."

This program was attended by 41 adolescents and young people from the "Hogar Don Bosco" youth community in May, June and July; through two series of films dealing with family and sexual issues, they received an education on the theme of values through the engaging and immediate language of cinema. The activity was carried out at the Don Bosco Project headquarters and ended with the participation of the youth community at the screening of a film at the local “Cine Center.”

The result of this journey was that participating children have appropriated values such as love, respect, forgiveness, trust, family unity and hope; they have learned to be critical of messages received through movies, for example, and, above all,  they have had the opportunity to express their ideas and concrete proposals. In fact, one of the fundamental educational elements of the training program was the participants' ability to initiate debates and analyses.

"ValorArte" has thus enabled teenagers and young people to cultivate positive messages and appreciate cinema as an art form.