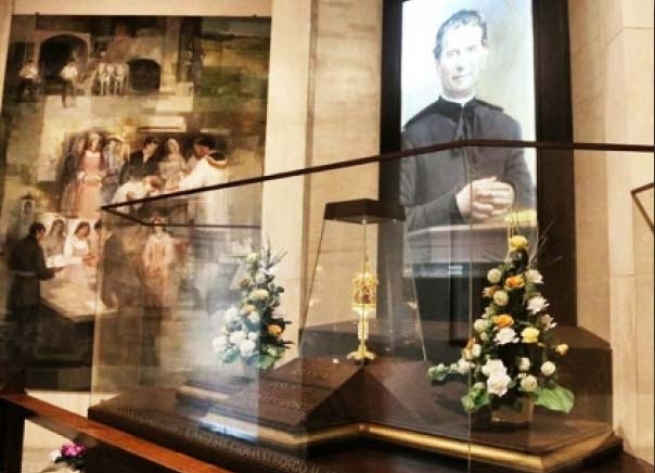 (ANS - Turin) –The morning of 16 August 2017, on the 202th anniversary of Don Bosco's birth, is the date scheduled for the the ceremony of relocating the Saint's relic which was stolen the night of 2 June, and recovered by the Carabinieri Police of Asti's Provincial Command the following 15 June.

While a detailed program of the event is still to be agreed upon,  it has been already confirmed that the famous relic, containing part of Don Bosco's brain, will return to its original place in the Basilica of Colle Don Bosco during an event that will be attended by Rector Major, Fr Ángel Fernández Artime, and the military authorities who have contributed to the relic's recovery, with the event itself taking place within the meaningful framework of the closing day of the Salesian Youth Movement of Europe Meeting (SYM Confrontation 2017 August 11-16 ).