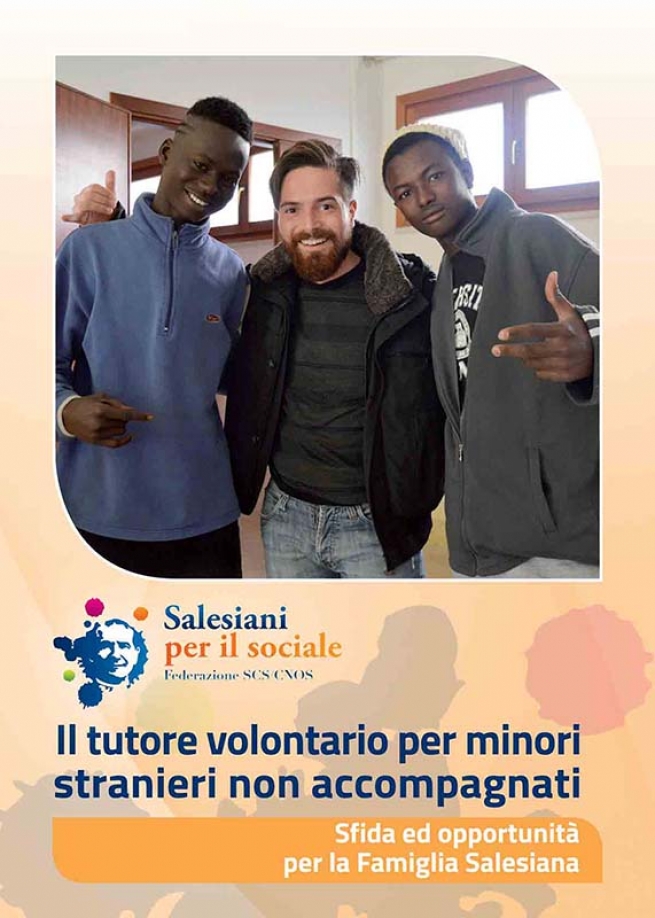 (ANS - Rome) - In June 2017 more than 9,000 unaccompanied foreign minors landed in Italy, vulnerable young people who, after a long sea voyage, find themselves alone and exposed to various risks. An answer to this emergency is the figure of the voluntary guardian, introduced by recently approved Parliamentary Law N 47/2017: "Provisions on measures for the protection of unaccompanied minors." Volunteer tutors are those citizens (over 25 of age) who decide to act as the single child's legal representative so that the child's rights are, indeed, recognized. Starting today, the guide, requirements and profile of this new figure can be downloaded at http://www.salesianperilsociale.it/tutore-volontario. See: "Voluntary guardian for unaccompanied foreign minors. Challenge and Opportunity for the Salesian Family."

"Law 47/2017,” explains Fr Giovanni D'Andrea, president of Salesians for Social Welfare, “through the figure of tutor, has offered us the opportunity to take care of unaccompanied foreign minors. As a Salesian, it is to be read as being a friend who cares for the smallest and most fragile child (... if these young people had perhaps had a friend who had taken loving care of them ..) a commitment that Don Bosco proposes to us even today."

An appeal to all members of the Salesian family is also launched by Fr Stefano Martoglio, Councilor for the Mediterranean Region: "Even Pope Francis in the message for this year's World Day of Migrants and Refugees urges all Christians to pay special attention 'towards children who are the most vulnerable group of people because they are invisible and without a voice.' We could be that voice! I urge you to take this proposal seriously."

For more than twenty years, the Salesians for Social Welfare - SCS/CNOS Federation have been monitoring the situation of poverty and juvenile delinquency the country has to deal with at different levels. For several years now, the phenomenon of the unaccompanied foreign minors has been calling us to act and give concrete answers; of these, the figure of voluntary guardian seems to us to be a good choice of solidarity.