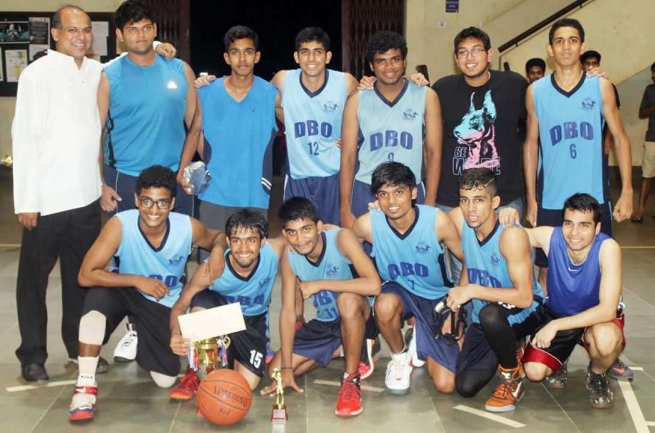 If Fr Ralin de Souza is not celebrating a mass at the Shrine of our Lady of Fatima in the city, you can bet your last penny that he will be at the nearby basketball court.

"Basketball is now my vocation. I give it religious significance," said Fr de Souza, who is the only Goan basketball coach to be listed on the FIBA-WABC website among 111 Indian coaches who are qualified after the intensive coaching program undertaken by FIBA and WABC in India.

From among all his passions, Fr de Souza always gave special importance to basketball. While studying in Pune, he featured prominently for Deccan Gymkhana and Ferguson College and when he went to Italy to complete his higher studies, he found place in the University of Rome basketball squad.

Once he returned to Goa, he did his best to give the ailing sport a boost and has now achieved what no other coach has achieved in Goa.

"There are coaches who have done Level 3 before but FIBA, the governing body for basketball in the world, has adopted a new coaching programme coordinated by WABC in the past four years. FIBA has upgraded its coaching programme which will be followed uniformly all over the world. They have completed the introductory, Level 1 and Level 2 courses, while Level 3 will take some time to be conducted in India," said the GBA president.

Fr de Souza was among the leading candidates at the Level 2 course in Bengaluru. He secured 85 marks in theory and 80 in practical, accumulating 165 marks, to finish third among 23 participants from across the country. The topper got 183 marks.

"It was tough. The instructors hardly gave us any time to breathe. We had to start a training session inside 30 seconds," he said, adding that the earlier modules are valid only in India, while the new coaching programmes conducted under the banner of WABC are acclaimed internationally at par with any other country.

So, for someone who has his priestly duties in the church and schooling duties as well, when does Fr de Souza find time to coach?

"Depends what time I am saying the mass. If it's the 6.30am mass, I am on the court at 7.15pm. In the evenings, we have two batches, training children for an hour each," said Fr de Souza.

Fr. de Souza is the head coach of the AOA Basketball Academy and is also coaching at the Don Bosco Oratory Basketball coaching centre.

Since taking to coaching, he has introduced modern training methods which include sand running, swimming and athletics, while the earlier concept of stretching before a training session has been done away with.

"Now there is a concept called dynamic stretching. We get straightway to the drill," he said.

Whether it's the church or the basketball court, Fr de Souza is equally at ease. And records suggest, he is quite good too.