Liberia - My mission, your mission does not end here 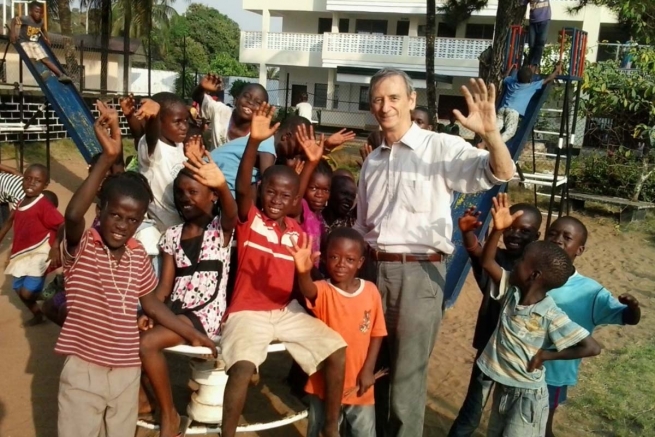 (ANS - Matadi) - Salesian Fr Nicola Ciarapica, a missionary in Matadi, sent a letter announcing that, starting August, he shall be leaving the mission of Matadi, Liberia, where during these years, among the many problems, he dealt with the Ebola emergency by organizing a prompt and effective response. Fr Ciarapica has been transferred to Sunyani, Ghana, in a community that forms future Salesians.

Fraternal greetings to all of you, dearest ones, the weekly Gospel of these days invites us to meditate on the call of the Apostles and their being sent to announce that God is near, to heal, to liberate ... as Jesus Himself did and would do.


For me, the time has come to be sent to another mission! Starting August, I will be part of the community where novices of our English-speaking West Africa Province are formed. I will leave Liberia and move to Ghana, from Monrovia to Sunyani, from being in a mission among people to a community that forms future Salesian Africans.


As director, I shall have Fr Chukwudi Akubueze who was aspirant at Onitsha, Nigeria, and I will be the administrator. It will be a different way of working for the Kingdom of God: accompanying, sustaining and forming the new generations of Salesian Africans.