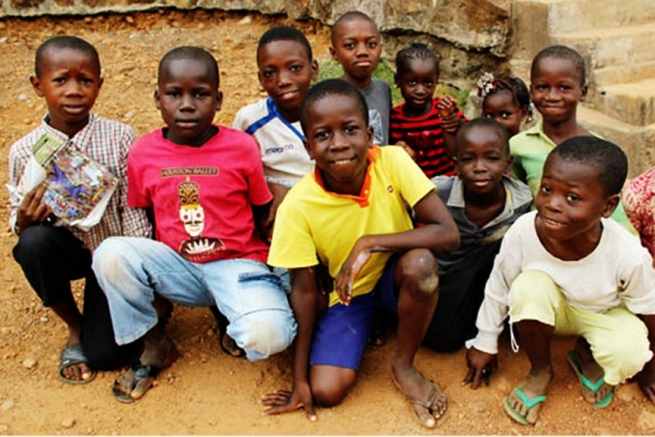 (ANS - Goma) - Goma is a city in the Democratic Republic of Congo, capital of the North Kivu province. Since 1988, there has been a Salesian Center, "Don Bosco Ngangi", in the city. Over time, educational and recreational activities have developed into a broad training project, while natural disasters and wars have also forced Salesians to provide answers to local society in virtually every other area of daily life.

Near the border with Rwanda, the city is sadly known to have been the scene of terrible fighting during the Congolese Wars (1998-2006) and the long-standing ethnic conflict between Hutu and Tutsi, which also included Coltan, acronym for "columbite-tantalite", a "black gold" used in the manufacture of mobile telephones, computers and electronic devices; hence, a much sought-after mineral.

Goma is one of the areas most affected by the wars that have resulted in the population's forced displacement and emigration. Insecurity strikes the lives of children, teenagers and young people, many of whom are street kids suffering of malnutrition and illnesses that continues to threaten their lives and those of their families.

The Salesians want to contribute to the development of children, teenagers and youth refugees in Goma by giving them access to education, vocational training, improving their quality of life and supporting them in the process of social and economic reintegration, thereby contributing to the fight against poverty throughout the northern region of the Democratic Republic of Congo.

To this aim, the Salesians offer a wide range of activities: education and vocational training, support and attention to abandoned children and street kids, family reunification services, health services for malnourished children, a housing program with scholarships for minors who have left the educational system, micro-credit to mothers in difficulty, awareness-raising on social issues, as well as games and recreational activities. The educational projects for children, teens and young people who have lived the war and lost everything are a Salesian contribution to the development of peoples.