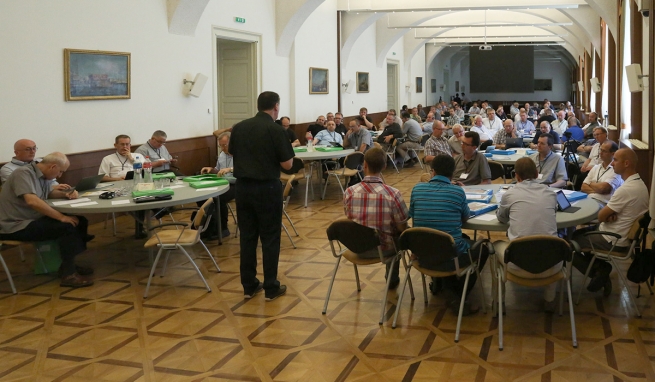 (ANS - Esztergom) – The official opening of the Team Visit to the East Sector of the North Central Europe region took place yesterday, Monday 7 August, at the "Saint Adalbert Center" in Esztergom, about 40 kilometers from Budapest, Hungary.

The participants arrived at the Saint Adalbert Center at various times throughout the day, and were welcomed by Fr Béla Ábrahám, UNG Provincial, with other members of the Provincial Council.

The activities of the Team Visit began with the recitation of the Vespers led by the Provincial Vicar of the Province of “Saint Stephen” of Hungary (UNG), Fr Vitális Gábor after Fr Tadeusz Rozmus, Councilor for the Northern Europe Region, had officially welcomed the Rector Major and all participants.

In the evening a friendly and fraternal meeting took place to allow all participants to present themselves and to meet.

Due to the North Central Europe region's great linguistic and socio-cultural variety of countries, the Team Visit takes place in two distinct phases: in Spring, the phase of the German Atlantic Zone, Rome, 16-20 May; the East Sector has now just begun.

On ANSFlickr there are numerous photos.