Ethiopia – On the Borders of Nothingness 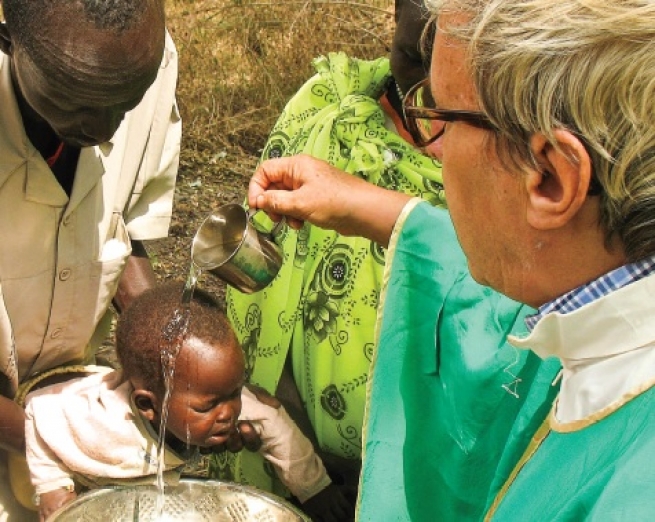 (ANS - Pugnido) – For 27 years, Fr Giorgio Pontiggia, a 74-year-old Salesian missionary, has been living in Pugnido, a village of eight thousand inhabitants, about a hundred kilometers from Gambela, Ethiopia.

“When I arrived eleven years ago,” Fr Giorgio recalls, “I found about 40 Catholics. After about a year, I started administering baptisms again. A little at a time, with a relatively calm situation and the many activities created in and around the parish, the life of the Catholic community was revitalized. This year, on Easter night, we have reached the figure of 7,569 baptisms.”

Thanks also to Fr Filippo Perin's arrival three years ago, and the support of Don Bosco Missions, the Salesian parish of Pugnido has developed significantly. Today, in addition to the church and the parish house, there are eleven mud and sheet-metal chapels scattered in the surrounding area. In the remote Ethiopia region, where people live with little more than nothing, what the two Salesians encounter is poverty, pillaging raids and refugee camps, but also the enthusiasm of its young people.


Abba Giorgio spent a lifetime in the oratories between Sesto San Giovanni in the Milano area and Chiari near Brescia; he has rediscovered an enthusiasm and vibrancy in the world of Ethiopia's youth since going as a Salesian 47-year-old, after serving in a school for disabled children and as a Master of Novices, first in Dilla, in the South of the country, then in Pugnido.

“It is they who are the mission's protagonists,” he says. “They have incredible strength and enthusiasm, and they transmit joy and the desire to live. Not just the little ones. Even when they grow up, they often attend our oratory, participate in our masses, live with us. And even when they move elsewhere, they always come back to visit us. These young people are a great hope for the future.”