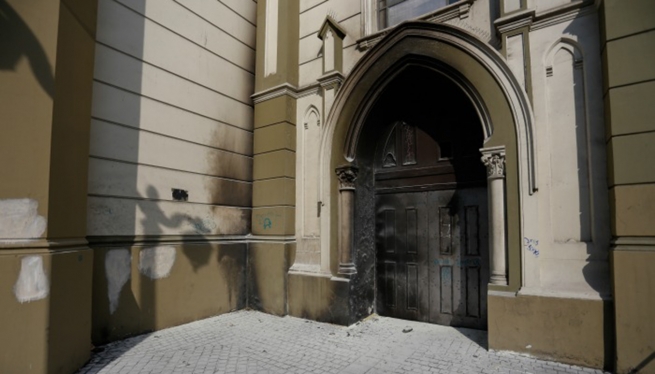 (ANS - Santiago) - A group of hooded men launched Molotov bombs against the Salesian “Gratitud National” Church. The fire, exploded on the entrance doors, was immediately extinguished without material damage or injury. "Last year, in June, the country's public opinion was shocked by the desolation this church succumbed," the Salesian Congregation said in a statement.

The immediate reaction of the sacristan and the doorkeeper of the Alameda Salesian School saved the doors from catching fire, thereby preventing flames from spreading to the rest of the building.

In just a few minutes, the local police, 'Carabineros', came to the site, helping to ensure its safety.

This attack represents only the most recent attack suffered by the parish church in recent days, which include scratches, stones, etc., and is added to the list of serious attacks that some fear might escalate to the temple's total destruction.