RMG - Don Adriano Bregolin has gone to the Father's House. 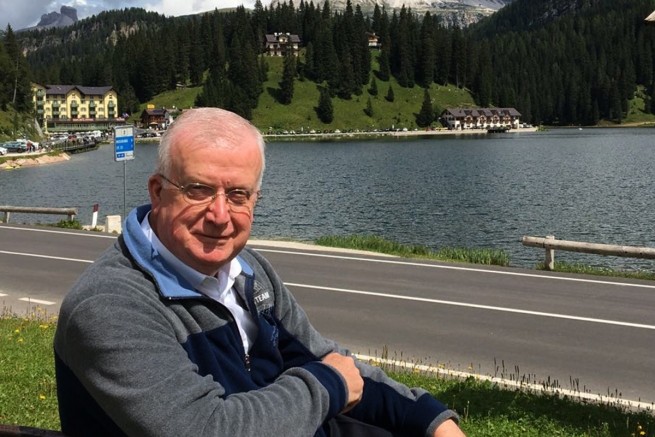 (ANS - Rome) - This morning, during a hike in the mountains, Fr Adriano Bregolin died of a sudden heart attack.

Don Bregolin, born at Cona in the Province of Venice on the 16th October 1948, became a Salesian on the 16th August 1966 after having made his novitiate at Albarè. He completed his theological studies at Verona and was ordained deacon at Trento on the 28th May 1977 and priest on the 27th May 1978.

The first years of his ministry were given to pastoral and vocational work in the community of Trento and of Verona San Zeno, becoming Rector of both Salesian houses not many years after. Having obtained a Degree in Modern Letters in March 1980 at the University of Padua, Don Bregolin also took on the task of Councillor in the Province of Italia Veneta Ovest (IVO), becoming subsequently vice provincial for the three years 1988–1991.

In May 1996 he became Provincial of the Province of Italia Veneta Ovest (IVO) until 2002 when, during the GC25 he was elected Councillor for the Italy Middle-East region. Following the nomination of Don Luc Van Looy as Bishop in the Diocese of Ghent, he was called by the Rector Major to take on the role of  Vicar General.

Since 20 June, 2014, he was Director of the Salesian Institute in Florence.