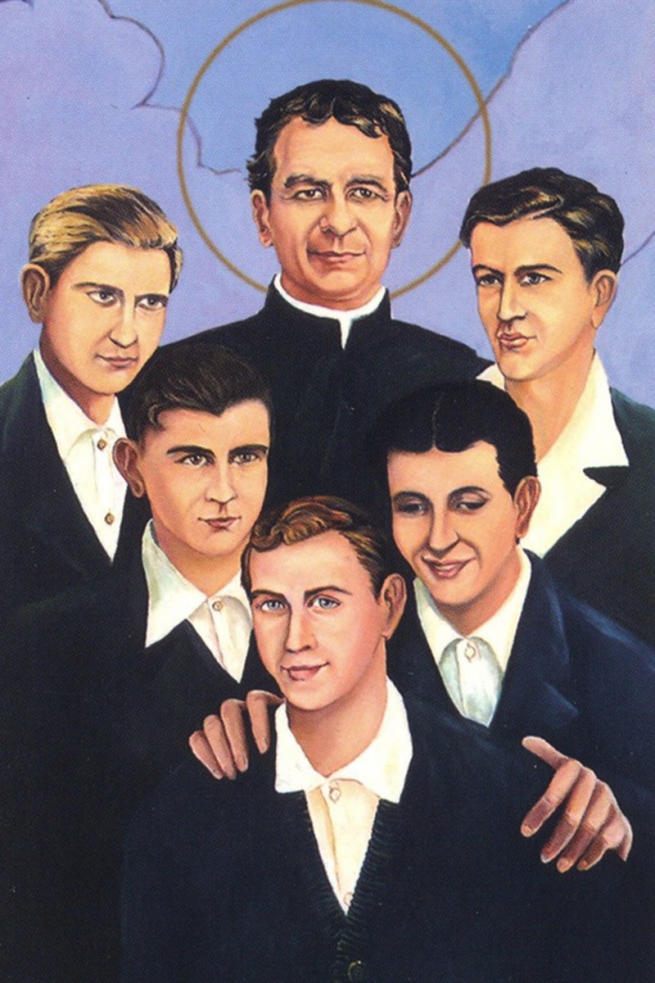 (ANS - Poznan) - On 1 September 1939, Hitler invaded Poland, commencing the Second World War. The Salesian House in Poznan on Wroniecka Street was occupied and transformed by German soldiers into a warehouse. Young people, however, continued to gather in the out-of-town gardens and nearby forests.

Numerous secret associations formed. In September 1940, Ceslao Jóżwiak, Edoardo Kaźmierski, Francesco Kęsy, Edoardo Klinik and Iarognievo Wojciechowski were arrested on charges of belonging to an illegal organization. Brought to the terrifying Fortress VII in Poznan, they were tortured and interrogated. Later transferred to other prisons, they did not always have the good fortune of staying together. Returned to Poznan, they were tried, accused of high treason and sentenced to death. They were martyred in Dresden on August 24, 1942.

They lived their captivity in a spirit of Salesian faith and spirituality. They prayed continuously: rosary, novena to Don Bosco and Mary Help of Christians, morning and evening orations. They tried to keep in touch with their families through messages they often managed to send secretly. They tried to encourage them, prayed, and asked for prayer.

When they could, they joyfully animated liturgical celebrations in their prison cells. Their faith never vacillated. They were credible witnesses to the end. These five young people were beatified on 12 June 1999 by St. John Paul II.

Edoardo Kaźmierski wrote about the time spent in prison as a time of spiritual exercises: "It was indeed in Wronki that I reached an agreement with myself. There, I came to know myself better and I realized that I had still had a long way to go to become a good son of Don Bosco, to please God, to be useful to my neighbor and to be the honor of my family. Now, I believe that when I shall obtain freedom, God will help me, and so I will be able to fulfill the resolutions I have taken."