Ethiopia - 10 million people at risk of hunger: human traffickers ready to take advantage of the drought 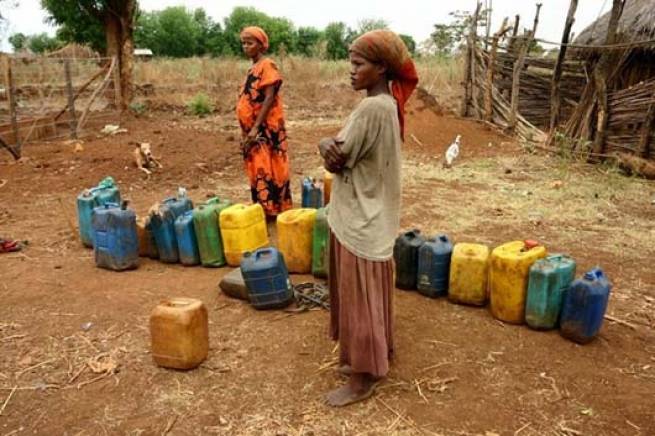 (ANS - Addis Ababa) - The impact of the climatic phenomenon "El Niño" is driving thousands of Ethiopian families to leave the countryside and move to the big cities. They are at risk of exploitation and illegal migration to Europe and the Middle East. "The drought emergency in Ethiopia is at its peak, and the human traffickers are ready to take advantage of the crisis." This is the alarm raised by the International Volunteers for Development (VIS) and the Salesians of Ethiopia.

Ethiopia is experiencing its worst drought in 60 years. The longest rainy season (kiremt), which supplies water to more than 80% of local agriculture, did not come in 2015. More than 10 million people are at risk of hunger. According to the UN, agricultural production in the affected regions has fallen by between 50 to 90% and the Ethiopian government has declared a state of emergency.

Many families are leaving the countryside and going to the cities. "Here, however, they get no help and often do not even find a place to sleep. In this situation there is a significant risk that many of them will fall victims of traffickers and be forced to leave and then become exploited and enslaved" said Signor Lotta and Fr Estifanos Gebremeskel, Superior of the Salesian Vice-Province of Ethiopia.

It is estimated that about 500,000 people leave the country every year, or twice that number if we take into account illegal migrants and victims of trafficking.

"A crisis of this magnitude calls for a swift response,” says the President of VIS. We work alongside the Salesians in collaboration with local institutions and associations to help people overcome this terrible drought. They need emergency responses, but we also need to build infrastructure that can last over time ".

Currently, using the deep wells built by VIS in recent years, we are distributing water to schools, hospitals and first aid clinics, centres for street children, women’s refuges and diocesan centres. The goal during the emergency phase is to support the 12,000 people of the Somali, Tigray, and Oromia regions and the people of the South.

The project "Stop Trafficking" is also active in the country. This project is supported by VIS and the Association of Don Bosco Missions in Turin. It aims to combat trafficking in human beings by raising awareness among potential migrants and the establishment of development projects in the country.