Sierra Leone - After landslides and floods, the risk of epidemics 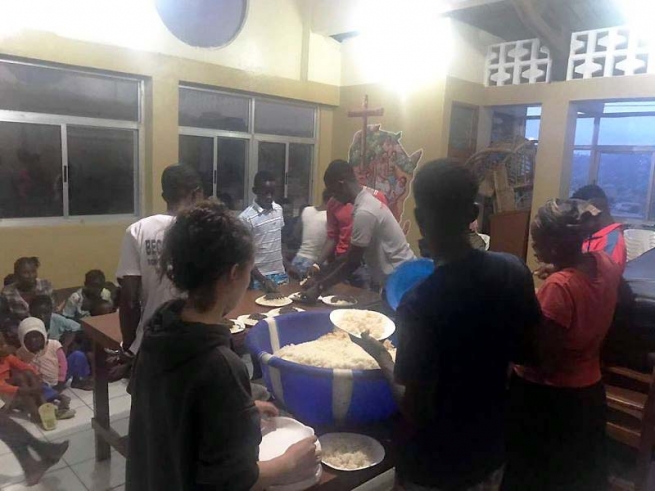 (ANS - Freetown) - On August 14 a violent landslide caused by torrential rains swept Freetown, the capital of Sierra Leone. According to local authorities, the number of deaths is about 1,000, but a definitive figure seems unlikely to be tallied. Two weeks after another flood, again due to heavy rainfall, it fell onto a suburb of the capital, causing a thousand deaths, including hundreds of children. Many people are still missing. The Don Bosco Fambul Center immediately took on the responsibility of welcoming and protecting children.

As the search for hundreds of missing buried in the mud continued after the first flood of two weeks ago, another flood struck the capital. One of the world's fifth poorest countries, the country has recently emerged from a long civil war lasting from 1991 to 2002, and the Ebola epidemic between 2014 and 2015.

After the pandemic of recent years, yet another crisis is being tackled. All institutions are currently focused on the city's sanitary conditions: with many victims buried in the mud, the risk of an epidemic outbreak is dangerously high. The Don Bosco Fambul Center immediately began welcoming and protecting children after the first floods devastated the city.

Fr Jorge Crisafulli, a Salesian missionary in Freetown, says, "After disaster struck, we welcomed hundreds of children, families and the elderly. Currently, the center is completely filled and outside there is a row of people waiting to enter. I think that it will be necessary to house these people for at least three months."

The Don Bosco Fambul, through the Don Bosco Missions of Turin and the Misiones Salesianas in Madrid, asks for help to support this emergency and first reception.