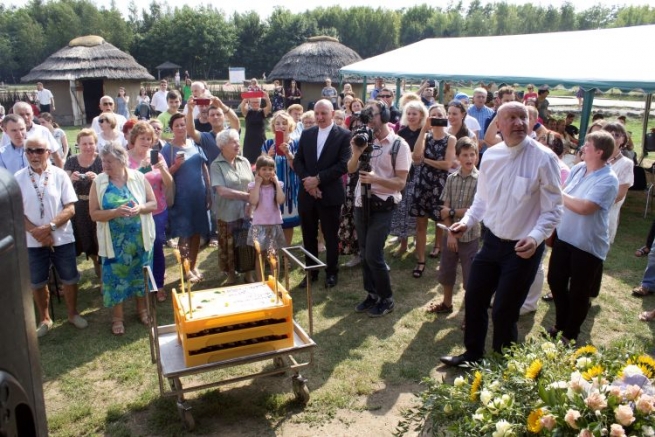 (ANS - Krakow) - On August 27, the "Missionary Salesian Voluntary Service" (SWM) "Młodzi Światu", of the Kraków Province (PLS), celebrated its 20th anniversary of activity. Since 1997, more than 400 volunteers have been sent to Salesian missions around the world.

A party was organized in the "Village of the World." It featured a variety of events, including a solemn Eucharistic thanksgiving by Fr. Adam Parszywka, SDB, current PLS Provincial, formerly SWM chairman; missionary crosses were consigned to the volunteers.

After Mass, there was a time of sharing the work done; the theme: "20 stories for 20 years." Among the activities: a missionary picnic, artistic performances, children's games, competitions, dances, missionary workshops, slide presentation, meetings with missionaries, cooking and recreation.

Since 1997, the SWM of Krakow has sent over 400 volunteers to missions in various countries to help with projects such as the construction of school facilities, hospitals and orphanages; work in camps for refugees and street children; organization of summer outings and camps for young people; creation of development and educational projects for the world's most needy.