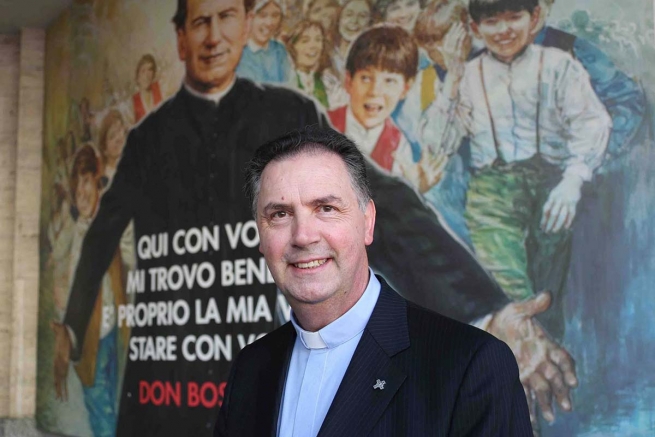 (ANS - Rome) - The Rector Major, Fr Ángel Fernández Artime, expresses great joy and satisfaction in his statement on the liberation of Fr. Thomas Uzhunnalil. Having just returned from Malta, Fr Á.F. Artime immediately wanted to write a message to all the Salesians and members of the Salesian Family around the globe to share the happiness of this highly hoped for event and to thank all those who collaborated towards Fr Thom's release.

"This is the great news: our brother Thomas has been liberated and is here with us now," the Rector Major begins, recalling the rapid development in yesterday's events, September 12.

Fr Á.F. Artime continued by explaining that Fr Uzhunnalil would continue to be housed at the Salesian community at the Vatican until the medical staff considered it appropriate and that later he would be able to return to India.

"There are many things we do not know," added the Rector Major regarding the circumstances of his release. "A few months ago, as a Congregation, we were informed about the contacts being established with the kidnappers (...). In fact, we had news of his release only yesterday when Fr Thomas had almost arrived to Italy."

In addition to thanking "the Sultan of Oman and relative authorities of the Sultanate, humanitarian operators, and all those who in various ways dealt with this case on various occasions with generous  commitment," Fr Á.F. Artime also stated that "the Salesian Congregation has not been asked to pay any ransom, and we have no news of any payments having been made."

The Rector Major spoke of the "great affection" and "constant concern" of the Bangalore Province and of the entire Congregation during the long months since his abduction.

Finally, the Rector Major gave thanks "to the thousands and thousands who have prayed with such faith during these eighteen months of our brother Thom's Gethsemane."

Fr Uzhunnalil's release is a reason for continuing to respond in the future "with greater fidelity and authenticity to His summons and to the charism that He has entrusted to us and to whom Fr Thom has delivered his life: the announcement of Jesus and of His Gospel, the predilection for children and young people from all over the world, and among them: the poorest and abandoned."

The whole message will be soon available on the site sdb.org