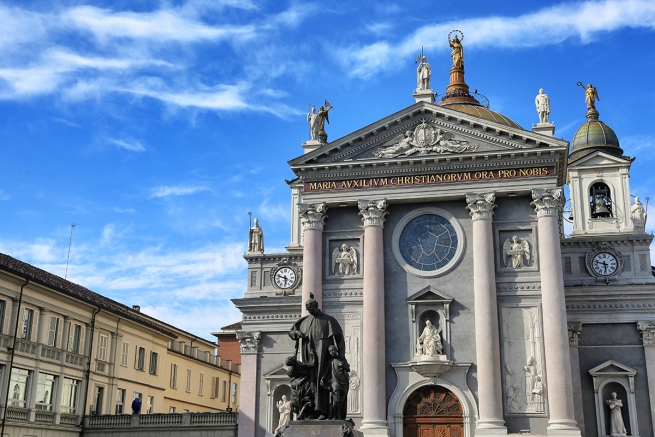 (ANS - Turin) - An occasion to show the accompaniment of the Congregation's leaders towards local contexts and to ensure the proper advancement of the various Provinces in a common Salesian and ecclesial journey: this is the meaning of the mid-term Meeting for the Provincials at the middle of their six-year term, a verification meeting the Rector Major, Fr Ángel Fernández Artime is attending in Turin.

The work program, which began on Sunday 17 September and ends Monday 25 September, develops along two fundamental axes: a study of Salesian spirituality, via talks by experts in the history and pedagogy of Don Bosco with visits to a number of Salesian sites; and individual talks with the Rector Major and his Vicar, during which the "navigation card", consigned by the Rector Major to each Provincial at the beginning of their mandates, will be examined, and the Extraordinary Visits assessed.

There will also be moments of community discussions on the challenges experienced during the first three years of their mandate, as well as spiritual moments culminating on Sunday, September 24, with all participants attending Mass for the departure of the 148th Salesian Missionary Expedition.