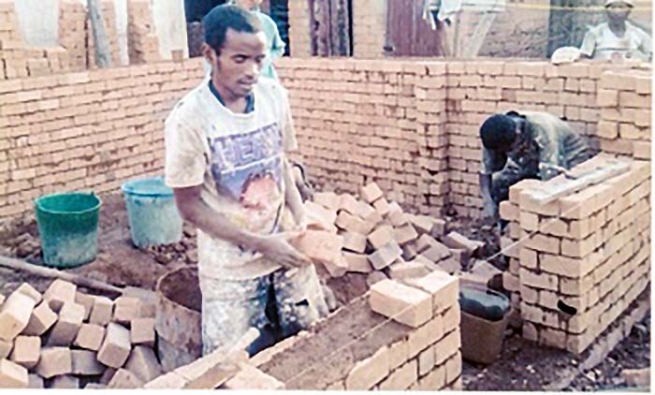 (ANS - Ivato) - The neighborhood of Ivato Aéroport and its neighboring areas, not far from Antananarivo, Madagascar's capital, are inhabited by people who live by the day, working occasionally and living in shacks or unhealthy huts. Healthcare is non-existent and the chances of sending children to school are, for many, minimal. To these people, Fr Graziano de Lazzari, Salesian, has been dedicating his life for roughly the past 20 years as a missionary in the country.

There are many initiatives undertaken by the Salesian to respond to the most urgent needs of some of Ivato's poorest. The first beneficiaries were Mrs. Hanta and her grandson Stéphane. Stéphane was abandoned by his parents and lives with his paternal grandmother in a small room. The Salesian missionary was able to provide them with a mattress to sleep on, a bicycle to go to school, a pair of eyeglasses for the 9-year-old boy, and a blanket.

Blankets were also provided to Zazah and her daughter. To make a living, Zazah sells newspapers on the streets, while her 16-year-old daughter finds herself with her own small child, no job, and an unemployed eighteen-year-old husband. Zazah works for her family of five, as well as her daughter's, which include her son-in-law and grandchild.

Eric and Halisoa are a young couple. They lost their first 6-month-old baby to a disease they could not cure for lack of money. They became parents again in May 2017. The Salesians were able to help them as she was hospitalized for child delivery and provided for the baby's wardrobe. They are now seeking a job for the baby's father.

Lucy is a young student who is preparing for her final school exam. She used to live with her mother, unable to work as a result of a serious injury, and two younger brothers in a mud cabin without doors or windows. After much looking about, the Salesians also found and offered them a small plot of land, 36 square meters, on which they built a small three-room home with a bathroom, a house on two floors.

"Thanks to all the benefactors for their help and solidarity," says Fr de Lazzari.