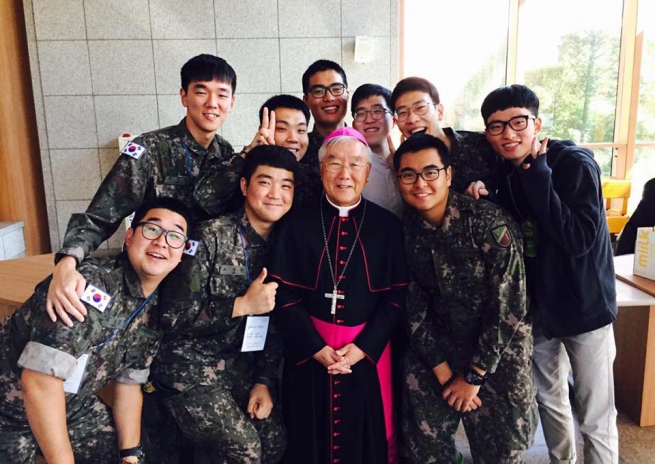 At present, there are 10 aspirants in military service, with one on standby. Last week, September 12-15, the Military Diocese of Korea in the Uijong Bu 'One Heart Training Center' organized a nationwide retreat for all Catholic seminary students carrying out their military service. The Salesian aspirants finally had a chance to meet their friends and experience, once again, a typical Salesian family environment.

For the occasion, Fr Moon Soo Min, in charge of accompanying aspirants throughout their military service, and a few other Salesians came together to encourage the young generations at the end of their retreat. Pleased, they thanked God as all the aspirants in the military were in good health and in high spirits.

The Roman Catholic Military Ordinariate of Korea (http://www.gunjong.or.kr), directly subject to the Holy See, provides pastoral care to Roman Catholics serving in South Korea's Armed Forces as well as their families. In the Military Ordinariate, there are 96 diocesan priests and 42 religious sisters serving 96 parishes under the leadership – since 2010 - of Bishop Francis Xavier Yu Soo Il, OFM.