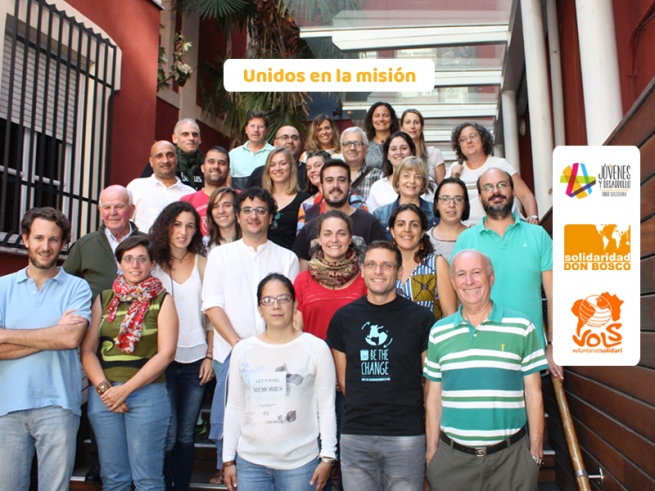 (ANS - Madrid) - "Pope Francis often says that 'the whole is superior to its parts,'" says Fr Koldo Gutiérrez, who coordinates the process of unification of Spain's Salesian NGOs. "We are driving this process. On the one hand, we are experiencing a common enrichment, motivated by the originality that every NGO brings, and on the other hand, we see concrete results from coordinating ministry wherever its carried out in Salesian missions." Salesian Spain has begun the process of merging its NGOs: a contribution of solidarity that will benefit thousands of people.

From September 18 to 20, about thirty members of the technical staff of the three NGOs met at the headquarters of the Salesian Missionary Procuratorate in Madrid to jointly coordinate and make advances in key strategic areas: Cooperation towards Development, Formation towards Development, Volunteering, and in cross-sectional areas such as Communications and Administration.

During this meeting, strategies, working guidelines and common actions were planned for the short-, medium- and long-term.

This meeting resumed the work done last year by the specially formed Commission composed of representatives from the three NGOs, including the Director of the National Center for Youth Ministry, Fr Gutiérrez; Fr Francisco José Pérez (SMX) and Fr Txetxu Villota (SSM), and the Head of the National Commission for Missionary Animation, Fr Paco Santos.

Unifying the NGOs is a challenge for these times; its aim: to be more effective and committed to the mission in favor of impoverished people and people, children and youth at risk.

The NGOs have been operating for quite some time. "VOLS" and "Solidaridad Don Bosco" were established 25 years ago; "JyD", 20. During this period, they have operated in 43 countries serving thousands and thousands of children, young people, the poor and needy. They currently run projects in over 20 countries and continue to benefit thousands of young people around the world.