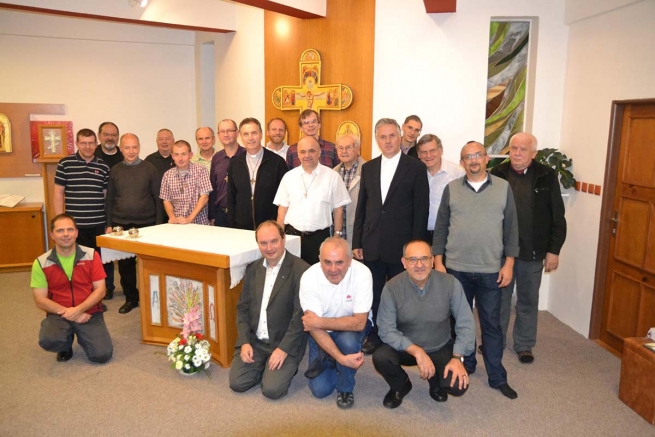 The Provincial, Fr Pietro Vaculik, and other Salesians of the Province, welcomed him. Fr Á.F. Artime then met with the Provincial Council after which, in the evening, he visited the historic center of the Czech capital.

Today, Thursday 28, the Rector Major heads to Brno to meet the children and young people from the Salesian houses. Early in the afternoon, a Mass is scheduled, and includes the perpetual vows of several Salesians, followed by a transfer to Zlín for the meeting with the Volunteers of Don Bosco (VDB).

Friday, the last day of his visit, the X Successor of Don Bosco will go to Fryšták, the “Mother House” of Salesians in the country, to meet and discuss with the House Directors first, and then with all the Salesians of the Province. Finally, after a tribute to the tomb of the Servant of God, Fr Ignazio Stuchlý, the Rector Major meets with the Daughters of Mary Help of Christians and the heads of the various groups of the Salesian Family.