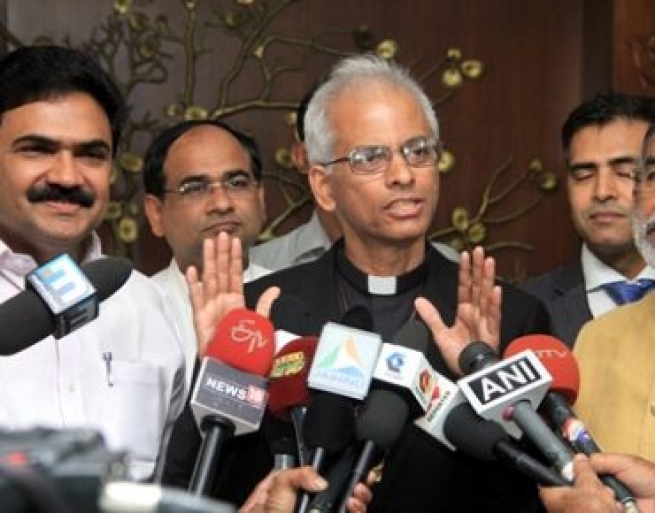 (ANS - Mumbai) – While Fr Tom Uzhunnalil's return is celebrated in a rich and festive series of official appointments in the Indian state of Kerala, news of a prestigious tribute is announced, an honor to the Salesian missionary's work: the assignment of the "Mother Teresa Award 2017" for his "compassion" and "the dedication and commitment" of his work "in a place of great danger."

Announcing the award was Abraham Mathai, President of the "Harmony Foundation", organization based in Mumbai, which since 2007 confers the award in memory of Mother Teresa of Calcutta; of great symbolic value, indeed, considering that Fr Tom worked in Yemen together with the Missionaries of Charity - the Congregation founded by Mother Teresa - and was abducted on March 4, 2016, while inside one of their centers, where four religious died in the attack.

Fr Tom receives the award on December 10 in Mumbai. He was chosen "for the inspiring example of compassionate humanity, and for having continued to work for the elders of the Missionaries of Charity in Yemen, despite having had the opportunity to leave the country. (...) We praise Fr Tom's dedication and commitment for work in a location of great danger, where his colleagues were murdered in cold blood," said the foundation in a written statement.

The Harmony Foundation, founded in 2005 to promote and spread ideas of peace, dialogue and community support without distinction of religion, caste, gender or ethnicity, has in the past awarded the prize to individuals and organizations committed to human rights, such as the Dalai Lama, Doctors Without Borders, and the very young Nobel Peace Prize Malala Yousafzai.

Meanwhile, Fr Tom is still engaged in official activities in India, and in Kerala, his state of origin. In each of his scheduled events so far, the Salesian continues to surprise for his clear and peaceful Christian testimony, and for his declared willingness to carry out God's plan for his life in the future.

Yesterday, he returned to Ramapuram, the village where he was born. Welcomed by a large celebratory crowd, with numerous civil and religious authorities, Fr Tom had to climb on a small, uncovered vehicle to be able to greet and thank all those present.