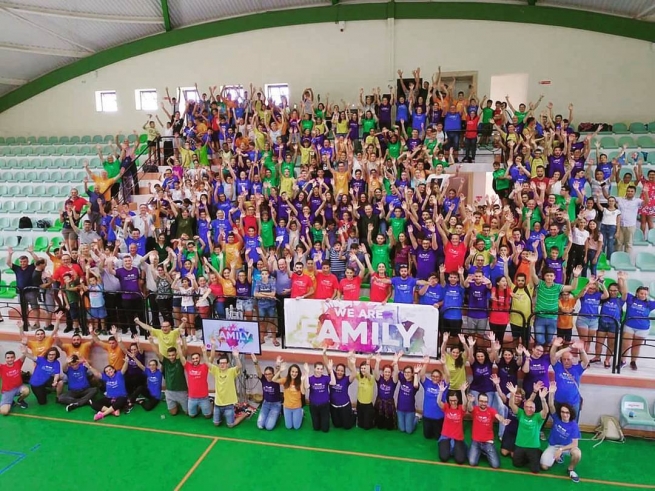 (ANS – Sliema) – The main objective of the Oratory, better known as “Salesjani” in Sliema, is to carry out activities aimed at promoting holistic education of young people. All members are helped to understand that they belong to a family in which they are welcome and to which they have a positive contribution to make. Throughout the years, the Oratory has been able to reach out to various young people by helping them to develop and implement new ideas while creating new opportunities for them.

The Oratory, which was founded back in 1908 embraces several sub groups, each with its own specialization designed to empower young members to become leaders. 2017 was no exception. Throughout this year, 70 young people were lucky enough to have the opportunity to be prepared to become good leaders after due formation sessions.

One of the main projects animated by these qualified leaders, is the “Bosco Summer School” which has been going on for the last 18 years. For seven weeks, from mid-July to the end of August, these young leaders were ready to share their creative expertise with 225 children between the ages of six and 13.

This year's theme was "This is my Home, my Family", an educational journey which ended up with a great and colourful, “Evening of Awards”, where, during a memorable evening, on 31 August, all the children and young leaders, themselves, displayed their style and creativity on stage in the presence of Education and Employment Minister Evarist Bartolo.

In August 2017 a group of 18 young people also had the unique opportunity to unite with other 300 young people from Europe and the Middle East who gathered in Turin, the birth place of Don Bosco, to celebrate a time of sharing known as the “Confronto”.  Together with the Rector Major of the Salesians and the Mother General of the Daughters of Mary Help of Christians, they spent a week of activities full of fun, music, dance, reflection and prayer.

During the year 2017, the Salesian Oratory realized successful Youth Projects funded by the EU. These opportunities are motivated by the young people and their leaders to help them gain various skills. From the 25th June till the 2nd of July 2017, the Salesian Oratory hosted 4 partner countries, namely, Lithuania, Spain, Czech Republic and France for another successful Erasmus+ Youth Exchange named “INTO ACTION”. Through non-formal and informal methods of learning, the group of 27 young people had the opportunity to share various skills while obtaining further skills which qualify them for employment, employable through workshops and various activities.

Again, in 2017, the Salesian Oratory in Sliema also benefitted from projects funded by Agenzija Zghazagh through the project “Con-net”, where young people gained further skills through enhancing the WI-FI system within the premises and its better use.  Another project funded by Agenzija Zghazagh was “Plumbing: Hands-On Approach”.  Through this project young people from the Salesian Brigade were motivated to work on a leisure space in Ghajn Tuffieha.  This facility, with camping space, spacious live-in and sleepover area, for members of the Brigade, members of the Oratory or any NGO, will offer an “away from it all” pristine location and will give the opportunity to young people to further explore their knowledge and skills.

More opportunities for 2017 were provided by the Creative Communities of Malta Arts Fund through the project “An Introduction to Music Production”. Workshops were facilitated in the already existing Band Room of the Oratory whereby, a number of young people learned how to record a song. In this same leisure space, another project called “Record in Progress”, was also funded by the Small Intiative Scheme (Malta Council for Voluntary Sector). Experts in this field were able to provide the necessary skills to various young people who are willing to further their competences.  The song, composed and recorded, is now being used during various activities within the Salesian Oratory in Sliema.