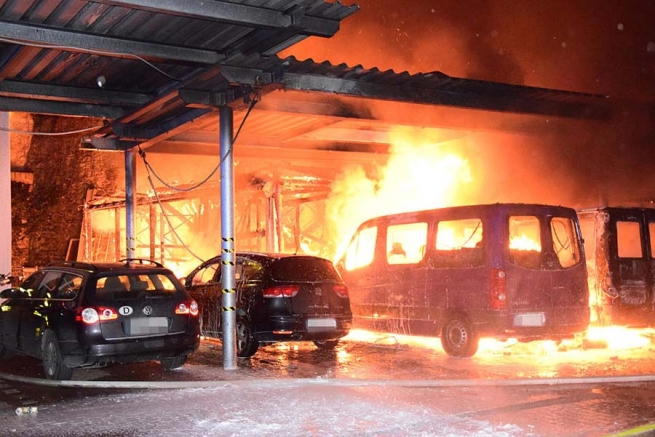 (ANS - Würzburg) – Yesterday evening, a fire broke out in the external area of the Salesian Vocational Training Center in Würzburg, Germany. Firefighters promptly intervened by circumventing the flames, which caused damage to several cars and the outside facade of one of the center's laboratories, but without causing casualties or injuries.

The fire, which occurred around 9 pm, has completely ruined three vans and a car. The magnitude of the damage and the origin of the fire has yet to be determined.

The Salesians of the German Province have expressed their sympathy to the center's students and employees via their Facebook page.