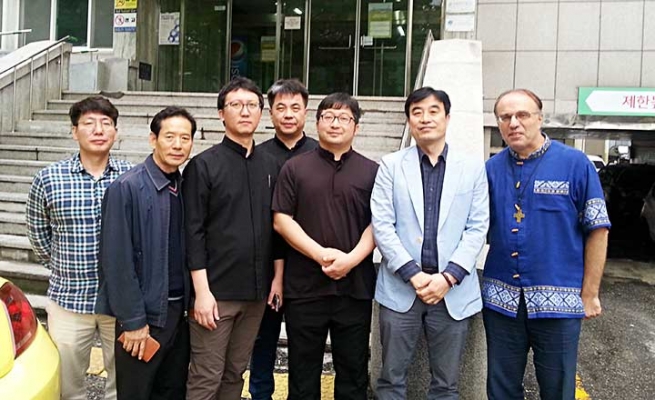 (ANS – Seoul) – Since 2011, the Salesians in South Korea are in charge of the first comprehensive 'One-Stop-Service' Youth Center. Located in Seoul, the “Dream Center” benefits some 180,000 children, teens, and their parents each year. A proper Salesian service for the neediest of minors, it is run by the Salesian Center of Am Sa Dong, and led by Fr Gregory Park and five other Salesians as well as the direct involvement of forty lay collaborators in the missions.

The Dream Center is an institution developed alongside government authorities in what is a new philosophy whereby all the services for children-at-risk are provided in one space, a one-stop approach. It is the outcome of decades of Salesian involvement and work with school-aged children and ongoing dialogue with government officials and authorities.

One SDB and 9 lay mission partners coordinate and supervise 42 Institutions in Seoul for young people out of school, i.e, the 30 alternative schools and 12 bridge-institutions for 1,062 children out-of-school. Three of these institutions are run by the Salesians of Don Bosco. (Seoul Teens Out of School Support Center)

Also, due to the South Korea's low birthrate, the number of teenagers is sharply diminishing; however, the number of out-of-school youth, young people in need (due to family or social issues) or youth-at-risk (conflict with law) remains the same or has increased. Within this context, the local Salesians try to be present among the more vulnerable young people by working hand in hand with many government institutions and/or programs.