Ghana - Against the exploitation and trafficking of minors: a battle of the Salesians 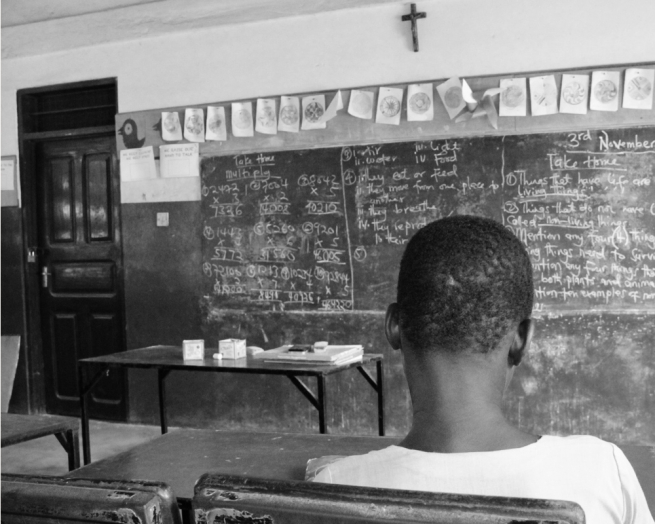 (ANS – Tema) - Salesians have recently celebrated 25 years of their presence in Ghana. The first missionaries arrived in 1992 at Sunyani, and soon became known for their educational work directly in favor of children at risk of exclusion and victims of trafficking. Among the innumerable problems that many children face in Africa are their being exploited at work, slavery, and the sale of minors by their relatives, perhaps only to pay off some debt. In the Lake Volta region, it is estimated that there are approximately 21,000 children and teen laborers who have been prevented from attending school.

Concerned, the Salesians try to change this terrible situation through the Child Protection Center (CPC). In the city of Tema, near the capital of Accra, the Salesians look after 52 young people  - 46 boys and 6 girls, aged 7 to 17. The much-abused minors arrive at the Center having suffered various sorts of trauma, with little or no education.

Emmanuel Anani is 11 years old and today is one of the CPC guests. The children who do arrive, arrive through NGOs or the police, usually following some complaint. At the center, they attend school classes in the morning and do non-formal  educational activities in the afternoon.

Emmanuel's case is no different than that of other boys his age. His mother separated and left with another man, leaving the family without support. Emmanuel was sent by an aunt to the Lake Volta region; there, little by little, he stopped going to school as his uncle used him to work with him, carrying water for extremely long days, and treating him badly.

When he came to the center, Emmanuel was aggressive and did not pay attention to indications or regulations. Gradually, however, he is overcoming the traumas suffered and is making friends; he is happy to go back to school and wants to learn. Like all teenagers, he has a dream: "I want to become a bank manager."