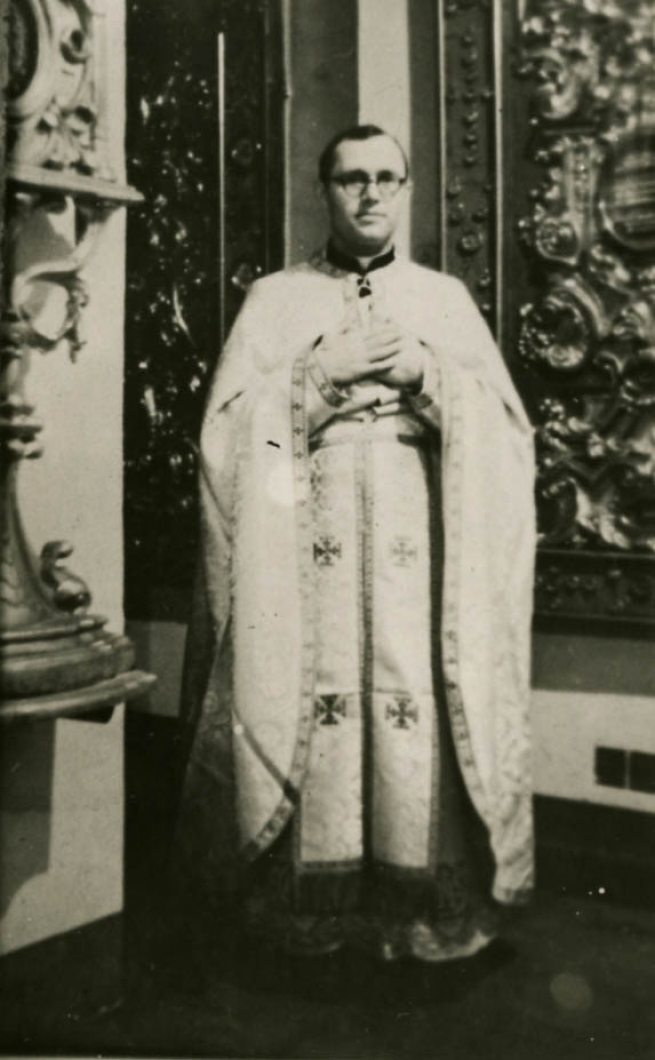 (ANS - Vatican City) - At the end of the audience conceded to the Community of the Ukrainian Pontifical College of St. John the Baptist, yesterday, 9 November, on the 85th anniversary of the construction of the Ukrainian College in Colle Gianicolo by volition of Pius XI, Pope Francis commemorated the Salesian Bishop Stefan Czmil with affection and gratitude.

"And I would not want to end without recalling a person who was good to me when I was in the last class in elementary school in 1949. Most of you were not born! It is Father Stefan Czmil, later consecrated bishop in secret here in Rome by the then Major Archbishop. He celebrated Mass there. There was no Ukrainian community nearby, and he had some who helped him. I learned to attend Mass by Ukrainian rite through him. He taught me everything. Twice a week it was up to me to help him. This did me good, because the man spoke of persecutions, sufferings, ideologies that persecuted Christians. Then he taught me to open to a different liturgy, which I always keep in my heart for its beauty. Archbishop Svjatoslav Shevchuk, when I was in Buenos Aires, had asked for testimonies to start the process of canonization of this secretly-ordained bishop. I wanted to commemorate him today because it is justice to express thanks for the good he did to me in front you all. Thank you."

Fr Czmil, born in 1914, Sudova Vyshnia, Ukraine, left his country in 1932 due to Ukraine's religious and political difficulties. He went  to the Salesian aspirantate of Ivrea and following his novitiate at Villa Moglia, in Chieri, professed his first vows in 1936. After completing his theological formation in Rome, he was ordained a priest in 1945.

As a missionary in Argentina, he was in charge of assisting refugees and Ukrainian emigrants at Ramos Mejia. He then returned to Italy and was in Rome as the Director of the Pontifical Minor Seminary for Ukrainian children of the diaspora from 1961 to 1967 and from 1976 to his death in 1978.


About two decades after his death, John Paul II received Fr Stefan Czmil in the episcopal college and acknowledged the validity of consecration that had secretly taken place on April 4, 1977.

"Father Stefan was so holy, that his holiness was not evident; it really resided in him, and emanated from him in his own fashion, irradiating those who came in contact with him," said Cardinal Lubomir Husar (1933-2017), former Major Archbishop of Kiev.