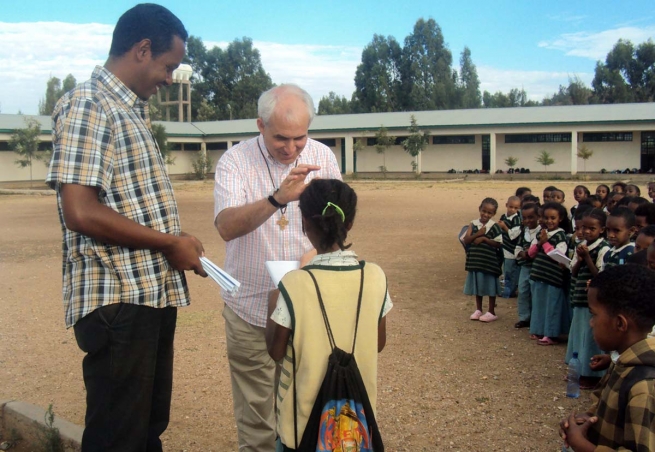 (ANS - Rome) - "Let us not allow ourselves to be robbed of missionary enthusiasm," says Fr Guillermo Basañes, Councilor for Missions, citing Pope Francis, in his Letter to elderly and ill Salesians, words to encourage them to live missionary zeal despite the difficulties of their condition."Let us not be robbed of the joy of evangelization!" The Councilor sent his message on commemorating the very first Salesian Missionary Expedition, dated 11 November, 1875.

Fr Basañes mentions the temptations faced by many Salesian "in the front line": temptations of discouragement, divisions and individualism, of fidelity to the mission - why he invites everyone to supplicate the Heart of Jesus and to collaborate in missions through "abundant and ever-increasing prayers," prayers which have always fueled the missions.

The Counselor expressed thanks for the ongoing and continuous apostolate of prayer, with two of this year's fruits being the 148th Salesian Missionary Expedition and the release of Fr Tom Uzhunnalil from captivity. Meanwhile, he held up the beatification of Slovak Salesian Fr Titus Zeman as a model to understand "how many vocational and missionary fruits" can derive from suffering, together with constant prayer.

Fr Basañes ends his letter by offering his elderly brothers and sisters the special intentions for prayer: "Refugees, especially for those from South Sudan who are in northern Uganda"; and "our Salesian homes among the indigenous peoples of the Amazon Forest."

The full text of the letter is available on sdb.org