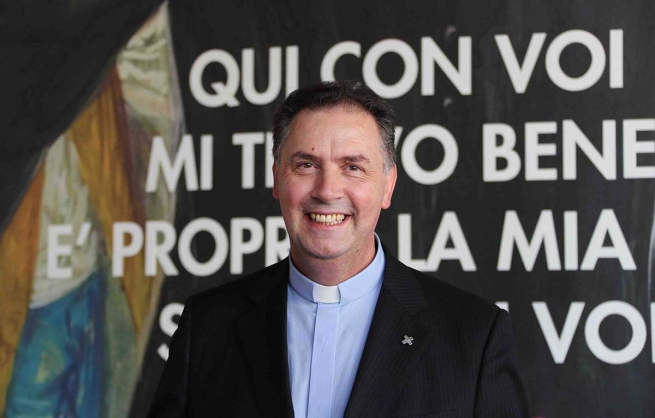 (ANS - Rome) – November is a month full of travel for the Rector Major, Fr Ángel Fernández Artime. 72 hours after his return to Rome following his long and festive Indian tour - between Bangalore, Guwahati and Mumbai - the X Successor of Don Bosco is preparing for a new intercontinental trip to animate the Salesians and Salesian Family of two thriving Vice Provinces: Angola and Mozambique. A trip that will keep him busy from 17 to 26 November: right in time to reach Madrid for the International Youth Ministry and Family Congress (27 November-1 December).

Fr Á.F. Artime, again accompanied by his secretary, Fr Horacio López, arrives at Benguela Airport on Friday 17th, where he will be joined by the Councilor for the Africa-Madagascar region, Fr Américo Chaquisse. On the same day, he will meet a group of Salesians, young people and members of the Salesian Family.

Reaching Luanda on Saturday morning, the Rector Major shall have the opportunity to meet for talks and discussion with the young of the country's various Salesian centers, before ending the day together with the Daughters of Mary Help of Christians (FMA).

On Sunday, the Rector Major travels to the missions of "São José" and "São Paulo"; On Monday, the schedule holds the traditional appointments with the Council of the Vice Province and with all Salesians.

In the evening of Tuesday, 21, Fr Á.F. Artime goes to Mozambique's Vice-Provincial office in Maputo. Wednesday will be dedicated to the visit to the Moatize center to learn about the "Fighting Poverty" project; Thursday, 23, after visiting the Matundo home, the Rector Major returns to Maputo for the meeting with the Council of the Vice Province.

On Friday, he meets with all the Salesians in the country and has two specific meetings with the Salesians in Formation and with the FMA in their provincial community. Lastly, Saturday will be entirely devoted to the local Salesian Family.

The visit ends on the morning of Sunday, 26, with Mass alongside the aspirants and the young people of the Salesian oratory of Matola, in Maputo.