Ghana - Daniel, a street kid, striking for his intelligence 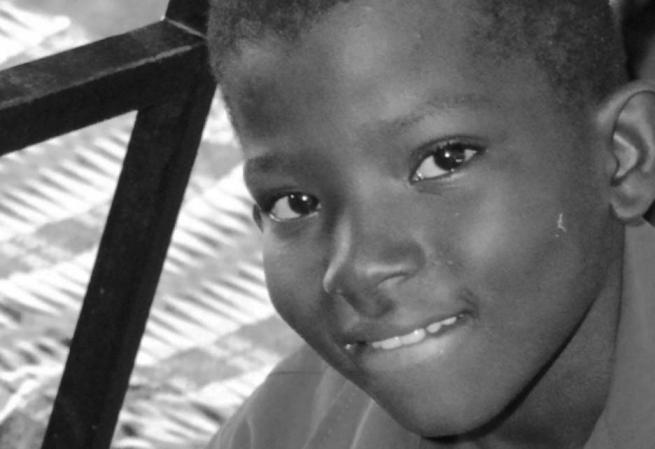 (ANS – Sunyani) - When the Salesians arrived in Ghana 25 years ago, they started working with teenagers, poor and needy young people, and their only dream was the same as Don Bosco's: to educate and dedicated themselves to the youngest victims of human trafficking. The International Labor Organization estimates there are over 1.2 million children who are victims of this scourge. Ghanaian Salesians also work with these young people, try to prevent this phenomenon, accompany the children involved. Daniel is one of those who, without the help of the Salesians, could have become a victim of trafficking.

Daniel is a special child. Despite his young  age, 10 years, he stands out among his peers. He is never still and rarely pays attention in class, but is the fastest to correctly answer questions. He understands and speaks English like no other student. If he was in the so-called "First World," it would be said that he suffered from Attention Deficit and Hyperactivity Disorder and would require support. In Africa, this illness does not exist. In Ghana, this child has a "free spirit" that needs to be tamed with patience and without pressure, until he finds the solution that gives him the right motivation.

His mother has a mental retardation, and as a teenager she suffered numerous abuses, one from which Daniel was born. This young boy grew up in the streets and the entire neighborhood of Odumase knows him and calls him "Bowobra."

He came to the Salesian House and was cared for and educated by the religious and their collaborators. Everything went well until he ran away from the Salesian center three months ago, and disappeared for two weeks.

At present, the "Don Bosco Boys Home" of Sunyani hosts 63 minors from the street, victims of human trafficking, abuse, or abandoned by their families. The Salesian Center was originally set up in 1996 to help "carriers", children who, to survive, bring groceries to travelers in the local Sunyani markets.

According to Fr Ubaldino Andrade, the Salesian house director, more than 400 children have been through the center in its 20 years of activity. "Many have succeeded in realizing their dream of becoming teachers, police, mechanics, carpenters," he said, "Some even work in Germany and in the United States, through scholarships with which they were able to attend university."