Vatican - Christmas Concert 2017: for Congolese children and Against Cyberbullying 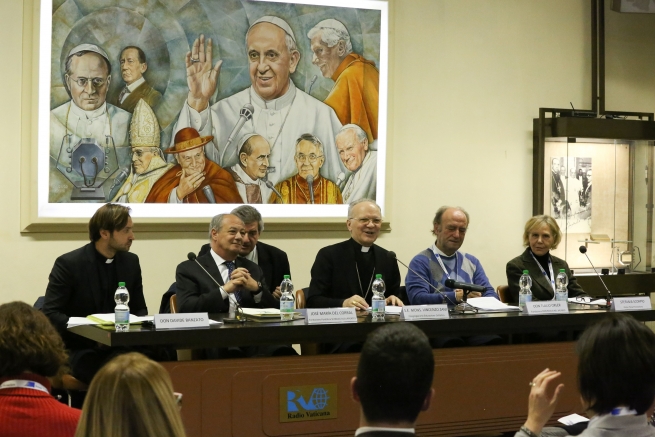 (ANS - Vatican City) - The traditional Christmas Concert is celebrating its 25 years this year; for the occasion, it returns to the Vatican with the support and patronage of the Congregation for Catholic Education. This great musical event will benefit two projects: the DON BOSCO IN THE WORLD Foundation, for the liberation of children exploited in the mines of the Democratic Republic of Congo; and the Pontifical Scholas Occurrentes Foundation, against cyberbullying.

There is a close link between natural reserves and armed conflict. The Democratic Republic of Congo (DRC) holds 80% of the world's coltan reserves and 47% of th world's cobalt reserves, two of the basic vital minerals for the production of electronic devices. In fact, in the DRC, the conflict related to the extraction of precious minerals has been going on since 1990.

Some of the consequences of this conflict have been insecurity, corruption, violence, forced migration, abandonment of traditional activities to the advantage of mining and the illegal traffic of minerals ... And, as usual, children pay the highest price.

Faced with this reality, the DON BOSCO NEL MONDO Foundation, in collaboration with the Salesians of the Central Africa Province, has launched its project, "Fight against the exploitation of child laborers in the mines of East DRC", which aims to reduce the presence of minors in the mines of the provinces of North and South Kivu and Katanga.

Through this project, approximately 4,000 children are expected to be removed from being exploited in the mines. More specifically, 360 of them, aged 6 to 22, will attend Salesian vocational training centers or redirected to partner schools.

The project of the DON BOSCO NEL MONDO Foundation, as in the Scholas Occurrentes' campaign against cyberbullying, shall be supported by the proceeds from concert ticket sales and donations of the televised concert's TV audience.

At the official press conference yesterday, November 20, in the Vatican, attendees included: Msgr Zani, Secretary of the Congregation for Catholic Education, Fr Tullio Orler, President of the DON BOSCO NEL WORLD Foundation, José Maria del Corral, President of Scholas Occurrentes, and Stefania Scorpio of Prime Time Promotions, who shall be producing the concert.

Names of some of the participating artists were also revealed: Patti Smith, Imany, Noa, Joaquín Cortes, Lola Ponce, and others.

The concert is scheduled for December 16 in the Vatican (18:30 - Aula Paolo VI) and will be broadcast the evening of Christmas Eve by Italy's Channel 5.