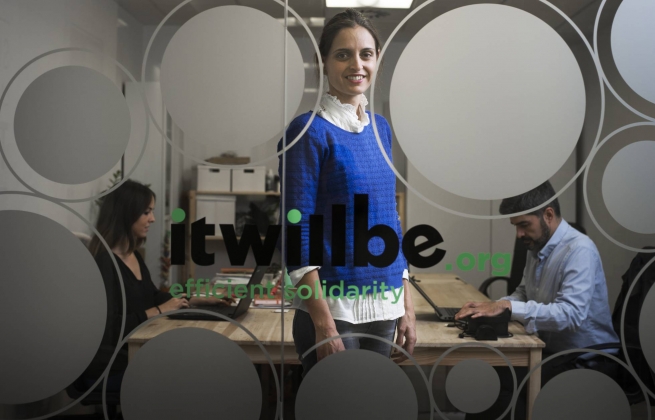 (ANS - Madrid) - "Itwillbe" is an NGO established in 2009 by Arancha Martínez, who created the app "PPa", winner of the jury-awarded prize from the “Talento Digital” platform. The purpose of PPa is to allow children to be identified and enable access to their clinical and social history based on biometric patterns: facial, digital and palm recognition. Its field of action is India; more specifically, where the Salesians are working.

The jury unanimously chose the "Itwillbe" application among the over 300 initiatives submitted to the competition. The decision was based on its "capacity to digitally transform the work of NGOs."

PPa is a software that can be installed on tablets, computers and mobile phones with Windows operating system. Along with a fingerprint reader and a palm scanner, users can read, sort, and store the biometric data of any person, allowing operators to both create and gain immediate access to their full ID records, without error.

The idea responds to a concrete need: "Initially, it was a project for the Salesian NGO  'Bosco' in India, which is dedicated to helping children who have run from home, a problem affecting about 10 or 11 million young people in India," explained Arancha Martínez, who has lived in India for five years as a humanitarian operator.

Fr Thomas Aquinas, SDB, who from Bangalore has the task of coordinating the application of PPa to NGO Bosco, adds: "Everything started in 2013 when we realized that we had to create a database of children coming to our centers."

The NGO Bosco has 81 locations in India's main cities, and its centers, according to the most recent calculations, host 55,000 children, runaways or abandoned children with no reference points. "They are part of our 'Child Miss' program, which seeks to keep online all the information possible about every person who comes to us to protect their health and development," explains Fr Aquinas, a software engineer who was ordained a priest eight years ago, after a long journey in humanitarian activities.

The Bosco NGO has just started using the system in four of its locations in Bangalore, and expects to record about 70,000 children in the coming year.