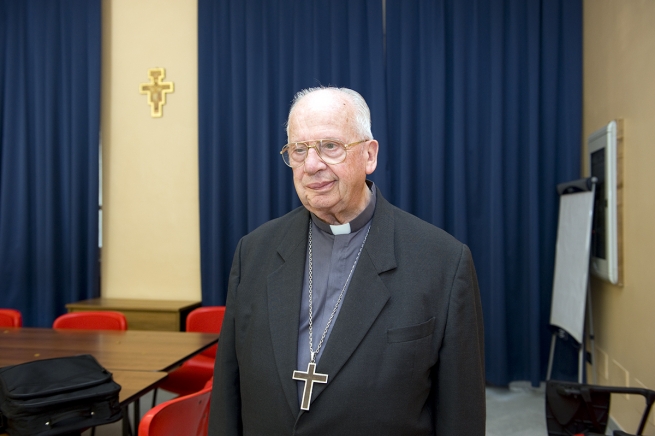 (ANS - General Roca) - At the age of 92, Msgr José Pedro Pozzi, SDB, the diocese's first bishop, died in the town of General Roca, home of the diocese of Alto Valle del Río Negro, on Sunday, November 26.

Monsignor Pozzi was born in Vimercate, province of Milan, Italy, on July 12, 1925. He made hi first Salesian profession in Morón, Province of Buenos Aires, on January 31, 1942, and his perpetual vow exactly six years later. On November 25, 1951, in Córdoba, he was ordained a priest by the laying on of hands and consecrated prayer of Msgr Fermín E. Laffitte.

The ministry of his episcopal diocese began on 16 October, 1993; his resignation, for having reached the age limit, was accepted on March 19, 2003, and he was succeeded by Mgr Néstor Hugo Navarro.

Always busy working, he had a strong personality and a good-natured demeanour that led him to consider everyone a friend. During the ten years in which he organized and pastorally led the diocese, his prime concern was always to make the diocese a family. Attentive and generous before the needs of every, and each, person, he worked tirelessly for the unity of the clergy, the religious and lay people, starting from their various personal charisms and roles.