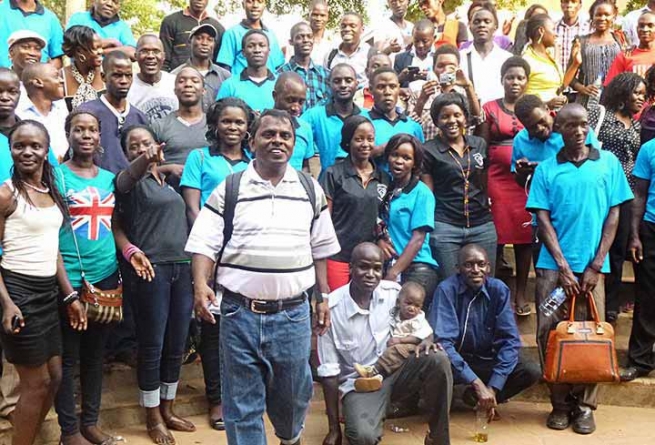 (ANS - Rome) - A reality, that of the South Sudanese refugees in Uganda, involving thousands of people, mainly women and children, clearly caused by violence and injustice, alongside poverty and lack of respect for human rights: a situation that obviously requires a Salesian response. For this reason, the Councilor for Salesian Missions, Fr Guillermo Basañes, makes the following appeal to the Provinces and Vice Provinces of the Asia East-Oceania region to send missionaries to serve and support the refugees in Northern Uganda.

With the Rector Major at the last Africa Provincial Conference (CIVAM) meeting in Rome, we have launched a missionary call to strengthen or, practically, start our Salesian presence among the South Sudanese refugees in Northern Uganda.

Indeed, after the eruption of the new civil war in South Sudan, there are no less than 1,400,000 refugees living in Uganda. (…)

At present, only Fr Lazar Arasu, from the Gulu community (AGL Vice-province of Uganda, Burundi and Rwanda), is the official chaplain on site for this purpose, but unfortunately, he is working alone.

Indeed, from the African provinces it is very hard to find potential candidates who are available. What we require among the 1,400 Salesians of the East Asia-Oceania Region:

one or two perpetually professed Salesian confrères who are fit for this mission among the refugees from South Sudan in Uganda who have passion for the poor, have physical strength, creativity and team-work mentality who are ready for a temporary (renewable) transfer of 3 years, who are available before 31 January 2018...

At present, the Visa procedure for entry to Uganda is quite simple for all nationalities; the AGL (Africa Great Lakes) Vice Province would be very happy to welcome any good-hearted Salesian from the EAO Region!

For any further information or details, you can contact your Regional Councilor or directly the Councilor for the Missions!