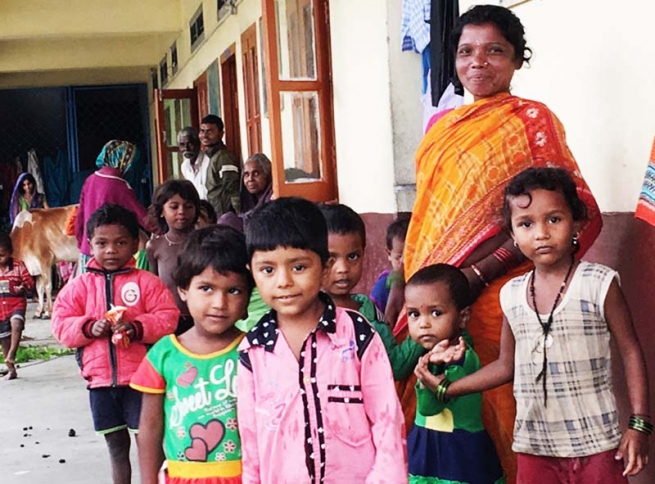 (ANS - Kathmandu) - Salesians have been present in Nepal since 1992. First with the start of a center in Dharan, in the East of the country, then Sirsia (1996), Kathmandu, Baroul and Chakkarghatty ( 2014) and, finally, Biratnagar (2017). Undoubtedly, the most difficult moment was the double earthquake of 2015 which devastated the capital and caused more than 8,800 deaths, and destroyed homes, schools and hospitals.

Salesian aid in Nepal has reached over 1,500 children and young people who will be returning to school in the coming months, children who will have the opportunity to inaugurate new classrooms, desks and blackboards. And all this help and support is given precisely when the presence of Salesians in this country celebrates its first quarter century: 25 years of continuous educational service.

The Salesians have been helping Nepal for 25 years, even immediately following the earthquakes when they brought food and basic necessities: in many cases, Salesians were the first to offer help to the affected population.

Currently, they are at work for the reconstruction of the country. To date, ten schools have been built and equipped in small villages in the Kathmandu valley. Some Salesian NGOs are currently helping in the supply of school materials, in building near places where drinking water is accessible, and – importantly - in training teachers in order to offer children quality education.

The Salesian communities in Nepal continue to receive help from several organizations, both for the reconstruction of important areas and the activities of the missionaries. They have given priority to work in the four schools, in the two vocational schools, in the four boarding schools, and to the scholarship programs. The Salesian Fr Augusty says: "This help that they are giving us will serve to show everyone that our presence is important for the country and for the people, but above all, for the children and young people who need it most."

Paco Nadal, a journalist for the Spanish newspaper "El País", wrote: "Nepal is a country that after the double earthquake of 2015 is suffering another catastrophe: oblivion." For many, this may be true, but the Salesians have not forgotten anyone; indeed, they continue to support those in difficulty, continue to build, to educate the generations that will make a new country possible.