RMG - Rector Major: "a strong invitation to all those confreres who feel the missionary vocation in their hearts" 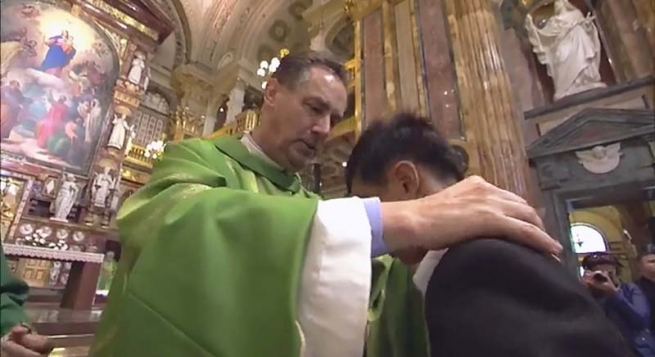 (ANS - Rome) - In 1880, Don Bosco was greatly pleased: it marked the year the Salesians officially entered Argentine Patagonia. Thus a dream he long cultivated and desired was fulfilled, one that was "the most beautiful of our congregation," as he himself wrote to Fr Giuseppe Fagnano (letter 3337). Today, the Rector Major, Fr Ángel Fernández Artime, with the same pastoral zeal of St. John Bosco, wrote a letter with a "strong invitation" to listen to the voice of God and inviting the Salesians to be missionaries.

Fr Á.F. Artime sent the letter on December 8: "a very significant day to make a missionary call ad gentes  in all the provinces of the world and to all the confrères who feel called by the Lord to live in a special way our missionary vocation."

"My missionary call," writes the Rector Major," intends to resound also in the hearts of many confrères, in all the Provinces and Salesian presences in the world, waiting for generous responses. Don Bosco had many Salesians close to him and sent them on his first expeditions. In his name, I address a strong invitation to all those confrères who feel in their hearts this desire aroused by the Lord."

The reason for the missionary call is undoubtedly the same one that prompted Don Bosco, the zealous priest who felt called by God to help save the young and to fulfill this universal mission by trying to read the signs of the times. And now the concrete sign that the Salesians are called to read is that of the many "adolescents and young people, and among them are the poorest, those abandoned and most at risk" waiting in many parts of the world.

The Rector Major emphasizes three special points: to increase the number of missionaries sent all over the world every September with the Salesian Missionary Expedition; to increase fraternal solidarity between the many Provinces and Vice Provinces; to focus on specific areas with special needs, such the missions in Amazonia, refugee camps in Uganda, Eastern Europe, new presences in Malaysia and Gambia...

"I strongly urge you to generosity," the Rector Major concludes, entrusting at the same time this generosity to the blessing of Mary Help of Christians.

The full text of the letter is available at www.sdb.org