RMG - Many themes of discussion at General Council's winter session 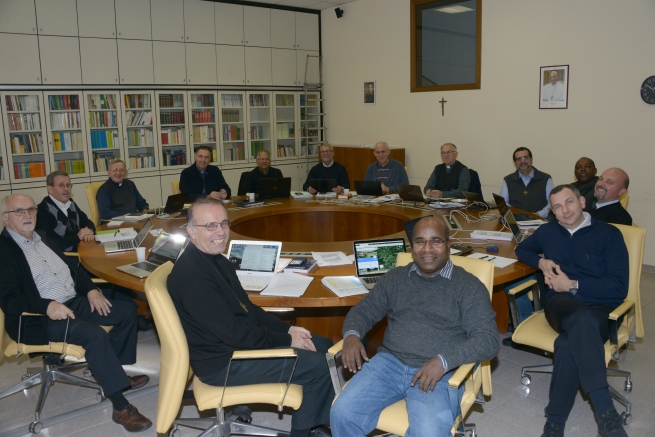 (ANS - Rome) – Work at the meeting of the General Council of the Salesian Congregation has already entered its second week. Gathered around the Rector Major, Fr Ángel Fernández Artime, Council members are called to coordinate the future of various Sectors and Regions in the forthcoming months.

Also, until next Saturday December 16, General Council members are also involved in the accompaniment of the new Provincials.

In the week before Christmas, there will be a moment of spiritual preparation, a day of retreat (Wednesday 20) at the Salesian house in Genzano, and an occasion of fraternity with the General Council of the Daughters of Mary Help of Christians (Friday 22).

A great deal of time will also be dedicated to the subject of Salesian Formation at the global level with discussions on a permanent formation center for Europe and the redesign of the formation communities in Europe, in Interamerica, and in the Hispanic America South Cone Region (CISUR).

While the evaluations on the progress of the Salesian Sites Project continue, and on the path leading to the Youth Synod, some issues concerning the new Salesian Central Headquarters will also be discussed and, above all, preparations for the 28th General Chapter.

After the Christmas holidays, General Council meets from the beginning of January to the 26th - with a brief break for the 35th Day of Spirituality of the Salesian Family, scheduled from January 18 to 21, in Turin this year.