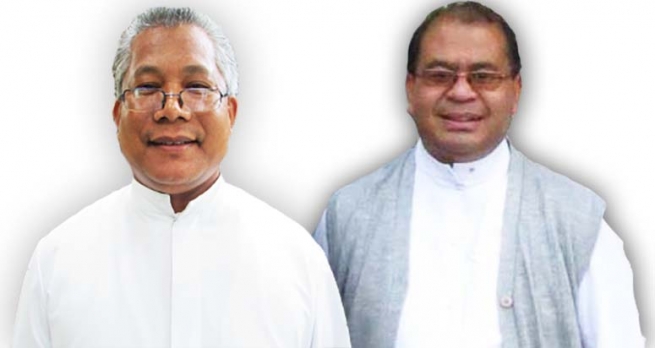 (ANS - Rome) - The Rector Major, Fr Ángel Fernández Artime, with the consent of the General Council, appointed the new Provincials of the two Indian Provinces of Guwahati (ING) and Shillong (INS) for the 2018-2024 term. They are, respectively, Fr Januarius Sangma and Fr Paul Olphindro.

Fr Sangma was born on 16 February 1965 in Mohoripara, near Tura, State of Meghalaya. He entered the Salesian novitiate at Sunnyside in Shillong in 1985 and made his perpetual profession at Tura on 7 May 1995. He was ordained a priest, also in Tura, on 28 December 1997.

Fr Olphindro was born in Jaiaw, State of Meghalaya, on 28 January 1968. His novitiate took place at Sunnyside, Shillong, between 1989 and 1990 and he made his perpetual vows as Salesian on 24 May 1996. His priestly ordination took place 30 April 2000 in Shillong.

He is Provincial Vicar, Delegate for Youth Ministry and for Formation, for the young "Saint John Paul II" Province of Shillong, canonically erected on 31 January 2012.

On 24 May 2018, Fr Oplhindro will become the second Provincial in the history of this Salesian Province.