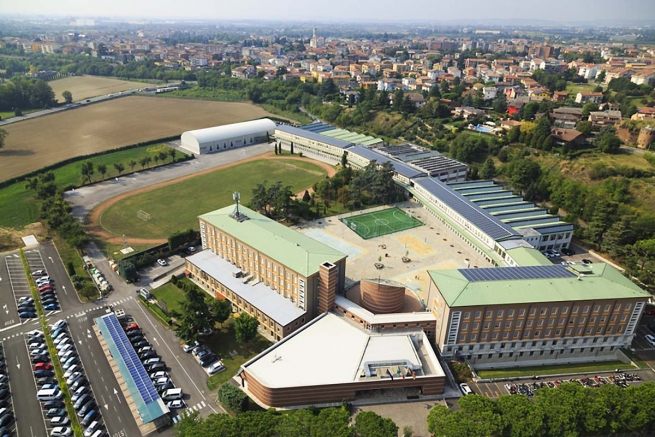 (ANS - Verona) – San Zeno, the Salesian graphic design and printing school, celebrated its 50 years this 2017. In its fifty years, it has trained thousands of young people, offering students education and employment prospects, and skilled and serious workers to companies.

The school first began in 1967, a few years after the construction and inauguration of the entire complex of the Salesian San Zeno Institute (1962-64).

"It was a time when companies desperately needed practical professional skills enriched by the knowledge of technical design," says Francesco Zamboni, Director of the Salesian Vocational Training Center (CFP). "These young people worked during the day and in the evening they went back to school to study: many of those students managed to open their own businesses and become entrepreneurs."

Collaboration with local graphic and printing companies was tight-knit; industry in the area was flourishing and directly came to involve hundreds of workers and families.

The San Zeno School has continued to grow in a relationship of mutual exchange with the territory. Between since the end of the Nineties, however, the world of graphic design and printing has undergone rapid change and innovation which have obviously reverberated on the Salesian institute, too.

"Over the years, the evening-classes formula has begun to respond less and less to the needs of the families, so the CFP has remained with the daytime technical institute being added," said Mr. Zamboni.

"At the same time, there was a development in the didactic aspect," adds Marco Tonoli, coordinator of Graphics and Communication. "The figure of graphic designer has now been transformed into a 360 ° all-round communication consultant, who is also specialized in the study of brands, display windows, websites ... Therefore, there has been a review of both the teaching and the laboratories themselves."

Fr Carlo Beorchia, Director of the entire Salesian center, goes back even further in time and recalls: "this year we celebrate the 80th anniversary of the School of Graphic Art, from which the San Zeno graphic design school originated. It is important to remember that typography was one of the first laboratories activated by Don Bosco."

The history of "San Zeno" was also summed up in a video produced by its students, a demonstration of the development of the educational institution itself and the graphic design skills of its students.