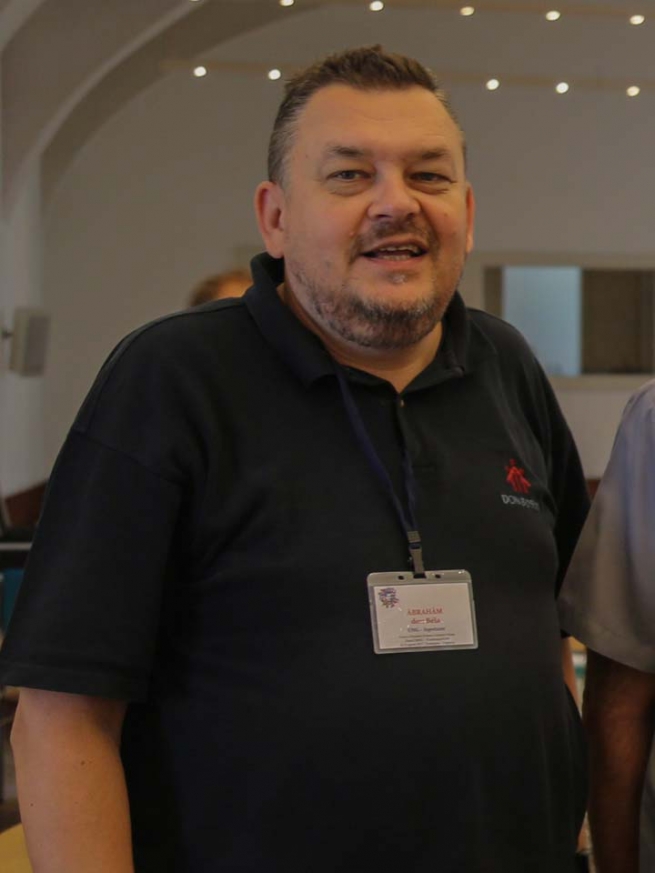 (ANS - Rome) - The Rector Major, Fr Ángel Fernández Artime, with the consensus of the General Council, has decided to confirm Fr Ábrahám Béla as Provincial of the "St Stephen, King" Province of Hungary (UNG).

Fr Ábrahám Béla was born on 20 March 1968 in Budapest. After completing his studies in Philosophy and Theology at the diocesan seminary of Esztergom-Budapest, he was ordained priest on 15 June 1991. In the same year, thanks to the collapse of the Communist regime and the restoration of the opportunity for religious to return to the communities, he entered the Salesian Novitiate in Szombathely. He made his first profession on 8 August 1992 and his perpetual vows on 28 June 1998.

For several years Fr Béla worked in Salesian parishes in Budapest. Between 1999 and 2005 he was Director, Master of Novices and then Economer in the Budapest-Óbuda center; he then served as Director of the Salesian house for Spiritual Exercises of Péliföldszentkereszt.

He has also held various positions at the Province level: from 1995 to 2000, he was responsible for Salesian Youth Ministry, to which he was able to bring a specific character in the context of a post-communist world; in the following years, he held the offices of Economer, Delegate for Salesian Cooperators, for Schools and Vicar of the Provincial.

He began his service as Provincial in the Salesian house of Kazincbarcika on 22 April 2012.