Brazil – The Festive Oratory, an educational and pastoral heritage of the Church, Belém archdiocese to start festive oratories 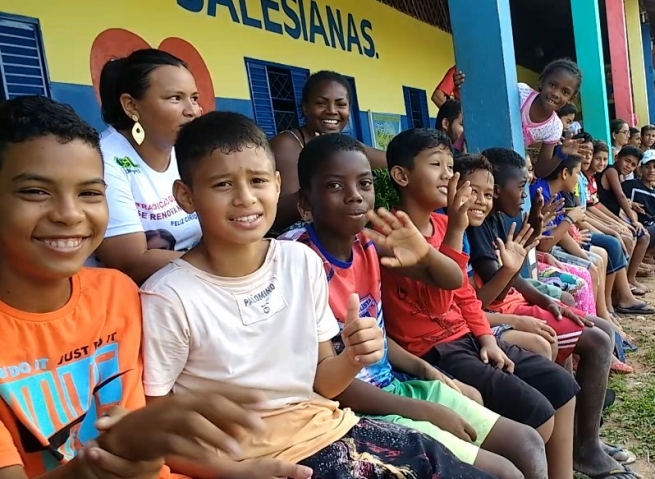 (ANS - Belém) - Created by Saint Filippo Neri (1515-1595) in Rome, re-thought and re-launched by Don Bosco in Turin, both diocesan priests, the festive oratory will soon be part of many parishes of the Archdiocese of Belém.

The festive oratory is an educational and evangelizing experience for children and young people. It is based on informality, achieved through the promotion of sport, leisure, healthy and safe entertainment. According to Don Bosco, the goal of the oratory is to form "good Christians and honest citizens."

The festive oratory will soon be a feature of the parishes of the Archdiocese of Belém as a strategy to bring young people together to promote their human formation and evangelization. This educational-pastoral activity is part of the Youth Sector Project of the Archdiocese of Belém, conceived by the auxiliary bishop of Belém, Salesian Msgr. Antonio de Assis, in charge of accompanying the youth and referent for the North II Region.

The objective of the archdiocese's Youth Sector is to establish 50 festive oratories in 2018 in the metropolitan region's most diverse areas, especially in the peripheral communities where juvenile crime is widespread; currently, 25 parishes have already adhered to the initiative. For the activities to be carried out safely and with the necessary preparation, a program of three training sessions for voluntary animators is under way.

On the occasion, Fr Josué Nascimento, SDB, spoke about the historical aspects of the oratory, starting with St. Filippo Neri and Don Bosco; in the afternoon, mgr. de Assis reflected on the educational and pastoral aspects of the festive oratory, and ended the assembly with a Eucharistic celebration.

According to the archbishop, the project's creator, "this activity [the festive oratory) is not exclusive to the Salesian Congregation and will be an important form of redemption, or return, of a diocesan heritage that had been lost. Let us remember that both St. Filippo Neri and Don Bosco were diocesan priests. In fact, the festive oratory is an educational and pastoral patrimony of the Church. Young people are enthusiastic about this project and have great expectations."